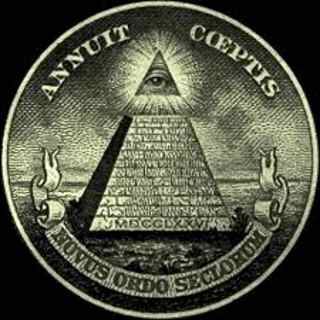 In 1992, Dr John Coleman published Conspirators’ Hierarchy: The Story of the Committee of 300. With laudable scholarship and meticulous research, Dr Coleman identifies the players and carefully details the Illuminati agenda of worldwide domination and control. On page 161 of the Conspirators Hierarchy, Dr Coleman accurately summarizes the intent and purpose of the Committee of 300 as follows: “A One World Government and one-unit monetary system, under permanent non-elected hereditary oligarchists who self-select from among their numbers in the form of a feudal system as it was in the Middle Ages. In this One World entity, population will be limited by restrictions on the number of children per family, diseases, wars, famines, until 1 billion people who are useful to the ruling class, in areas which will be strictly and clearly defined, remain as the total world population. “There will be no middle class, only rulers and the servants.

All laws will be uniform under a legal system of world courts practicing the same unified code of laws, backed up by a One World Government police force and a One World unified military to enforce laws in all former countries where no national boundaries shall exist. The system will be on the basis of a welfare state; those who are obedient and subservient to the One World Government will be rewarded with the means to live; those who are rebellious will simple be starved to death or be declared outlaws, thus a target for anyone who wishes to kill them. Privately owned firearms or weapons of any kind will be prohibited.” ** “The issue which has swept down the centuries and which will have to be fought sooner or later is the people versus the banks.” –Lord Acton “History records that the money changers have used every form of abuse, intrigue, deceit, and violent means possible to maintain their control over governments by controlling money and its issuance.” -James Madison