With the recent shutdown of the US government it has started to become clearer how fragile the civilized world around us really is. If voting on a single topic can shutter the entire government, what would happen is something major happened?

The more things like this happen, the better an underground bunker starts to look. No matter how good your bug out location is, if it’s above ground it can be vulnerable to attack, looting, and might even be occupied by the time you get there!

There are hundreds of things to think about when planning an underground bunker, most of which should be left to professionals, as building an underground bunker is not something just anyone should attempt to do completely on their own. But when you work with a builder, there are some key features to keep in mind, especially when choosing the location. Below are the top 6 most important features of a bunker and what they mean to you. 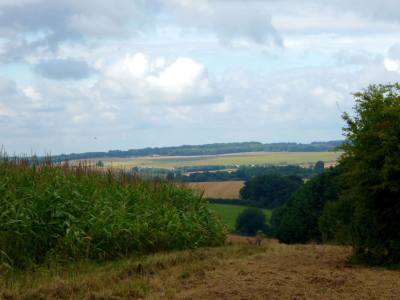 Just like a beach house, location is everything. The first thing to think about is where the bunker will be located. You need to take the environment around a prospective location into account and pay attention to the details. Are you above the highest a flood will reach? If you’re anywhere near a coast, are you above a tsunami level? Is the area you’re thinking about prone to earthquakes, forest fires, or any other natural disasters?

Along with disaster planning, you need to make sure the location is remote enough that no one will see you coming or going, and is not likely to be stumbled across by a hiker or camper. Even if it’s on land you own (which it needs to be, obviously) that won’t stop people from looking around. You want it far enough away that it won’t be found, but not so far that you have a hard time getting to it yourself.

Study maps, talk to geologists, and read everything you can about a prospective location. Only when you feel 100% confident about a location should you use it.

Along with this, good perimeter security should be planned out. Things like fencing and barbed wire might seem like a good idea, but these can attract unwanted attention to your location. Think more passive, like leaving an old money clip with around $20 in small bills near the opening of the bunker. If anyone snoops around the door, they’ll see the wallet and most likely take it. If you come back to the bunker and it’s gone, you know you had a visitor.

Make sure to store more than enough weapons and ammunition in the bunker as well. Don’t plan on bringing what you have at your house, as you might not be able to get there before your bunker. Have an assortment of weapons including bladed, rifles, handguns, and hand-to-hand combat weapons like clubs. 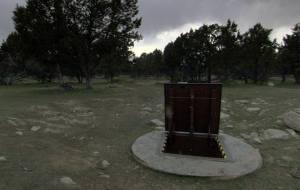 The weakest part of any bunker is the door. Every bunker needs one, obviously, but it is the single easiest way for an intruder to get in. Make sure you use the strongest door possible and reinforce it from the inside. Think about how someone might attack the door and build around it. Bullet-resistant doors are a must, as well as fire resistant. The frame around the door is just as important, as this is what usually breaks when a door is pried or broken into.

Along with a good front door, you need at least one escape door. This should be very well hidden yet easy to get to. It should also be at the other end of the bunker from the main door, in case the main door becomes unusable or broken in to. The emergency escape door should be 100% hidden from the outside. No trace that the door exists should be allowed to show. This might be your last way out if someone makes it through the main door, so make sure it’s a good one. 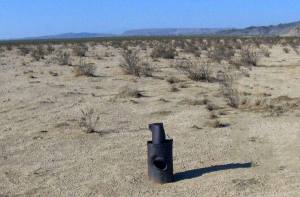 These are fairly obvious, but need to be planned. Fresh air needs to get to the bunker somehow, so depending on the depth of the bunker this needs planned for. A good air source should filter all contaminants including radiological ones. The air source above ground must be well hidden, too. Nothing gives away a bunker’s location like a big air pipe coming out of the ground.

As for water, you need to determine how long you plan on staying in the bunker. Remember, in survival situations, every person in the bunker needs 2 gallons of water a day. An underground aquifer is idea, as no contamination of ground water would ever go that far, but this adds considerable cost to bunker construction. Burying treated water along with the bunker is a great option here as well, as long as you bury enough water for the planned bunker time, which on average is 6 months.

Food is what preppers are the best at. Make sure to store high-calorie food that can sustain the people in the bunker for the time needed. Around 2,000 calories per person per day will keep everyone nice and healthy. Don’t forget about vitamins and medicine with this as well. If you take prescription medicine, make sure you have as much as possible stored and used as it expires.

With all the weapons, water, and food needed you must make sure your bunker has enough room in it to store the necessities, give room for sleeping, and above all, not be too tight. You may think that sleeping on top of supplies is just fine and you won’t mind, but 3 months in you’ll be getting pretty claustrophobic.

You need space for storage, sleeping, bathroom, and most importantly, living.

The three major utilities you need to be concerned with here are power, heating/cooking fuel, and sewage. Power is fairly easy with a generator, but with this, you need fuel storage and a way to hide the generator from prying eyes.

To make life easier, use electricity to cook and heat the bunker, and add a larger fuel supply to accommodate.

Possibly the most important feature here would be sewage removal. There is no quicker way to get sick in a survival situation than with poor hygiene and sewage removal. A septic system next to the bunker is the easiest way to accomplish this, and when used correctly should last you more than long enough without giving you a single issue. 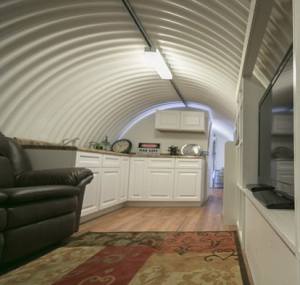 This is quite possibly the most overlooked feature of a bunker. Without a level of livability you’ll go crazy in a bunker for an extended period of time. Mental stability in an EOTWAWKI situation is vital to long-term survival. Have a comfy chair or two as well as a real toilet and sink, a decent shower, and maybe even a television, DVD player and a video game system.

Books and music are necessities, too. Anything you can do to keep your mind off the fact that you’re held up in an underground box while TSHTF above you will be VERY welcome. 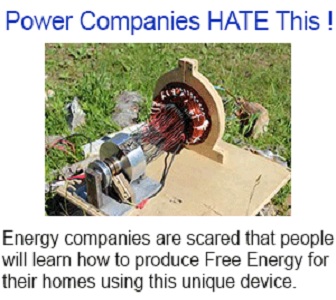 10 important reasons why you should be a prepper NOW