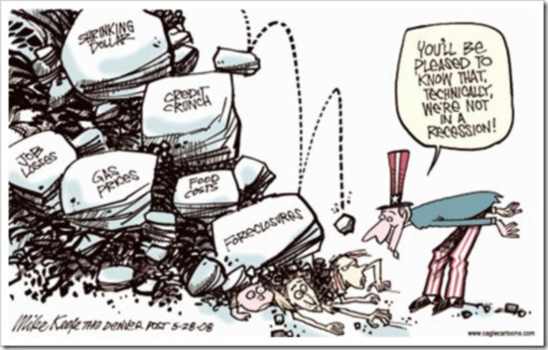 The elitists realizing this will arrange another 9/11-type event with the usual cast of characters and we expect conflict will spread into Pakistan and that Israel will attack Iran enveloping the Middle East in flames. That would send oil prices considerably higher and cause a collapse of world stock markets, with the exception of gold and silver shares. The excuse to impose Martial law would be apparent.The country could go into lockdown. Transportation could be limited, food and gas rationed, banks closed and many other major inconveniences. The current mainline media, Wall Street and governmental propaganda about economic recovery would end, they never having to prove that a recovery ever existed. During the first  months of 2014, Americans and others will continue to live in their world of inreality. These hopeless fools are again being taken down the garden path. The world as we know it is about to change dramatically,so prepare for it.

According to the Bureau of Economic Analysis the recession is over, but only technically, as we have officially seen two continuous quarters GDP growth. However, based on recent revisions, we have to assume the “official” numbers are cooked — the government originally said the third quarter of 2009 saw GDP growth of 3.6%, then revised down to 2.8%, and now says is was actually 2.2%. If we look at growth as caclulated by John Williams over at Shadowstats.com, then we can see GDP growth for the 3rd quarter was almost non existent. Therefore, we maintain, along with Bob Chapman and others, that while we may technically be out of recession, we remain in a broader depression trend.

There are a lot of things that can go wrong here, including a new wave of the residential real estate meltdown and collapsing commercial real estate as evidenced by California, Florida, Nevada and Scottsdale. We’ve also got consumers and small businesses who are strapped for cash, and borrowing less from banks, bringing our credit economy to a standstill.

As Mr. Chapman mentioned and we’ve advised previously, we’re looking at the middle east as a serious hotspot for the possibility of emerging wars because of Iran, Israel and terrorist groups looking to destroy oil infrastructure targets.

And last, but not least, we’ve got the possibility of a bubble collapse in China, which would subsequently force the Chinese to pull back on Treasury purchases and funding US debt.

In addition as China has publicly stated the world has run out of enough dollars to service public debt. That means more Fed monetization, perhaps on a level of more than $1 trillion a year. That means hyperinflation, because the elitists wont be ready, as yet, to pull the plug on the economy and plunge into deflationary depression. They have to increase terrorist events and world war on a parallel basis, so that all strike at the same time. This way they can blame the economic financial problems on the enemy who would be responsible for this horrible war. These are all the reasons for having freeze dry and dehydrated foods, a water filter and a method of defending your family as a first line of defense. All other funds should go into gold and silver coins and shares.

Any number of events could be a catalyst for a global economic avalanche. Once it starts, no bailout can stop it.