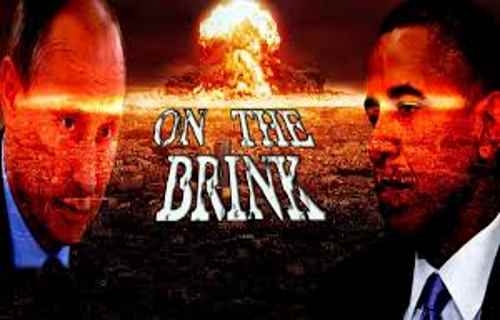 The race to be the Secretary General of the United Nations is clandestinely underway. The second term of Current Secretary General former South Korean foreign minister Ban Ki-moon comes to an end on December 31, 2016. Today’s United Nations has mutated from its supposed noble peacekeeping 1945 birth under FDR’s United Nations Charter into a New World Order antagonizing behemoth waiting in the wings to crush the sovereignty of nations across the globe. So, who will lead the criminally immune New World Order’s IMF backed intergovernmental planetary organization emboldened by the the rollout of the DOJ’s handover of local police to the United Nation’s global police stasi convolution via the strong cities network? Or the final word afforded it by Obama’s unconstitutional TPP? Quite possibly one of the usual NWO dupes Barack Obama, Tony Blair, Angela Merkel or Bill Clinton.

Rumors of Barack Obama’s interest have already created rumblings abroad. Former British Prime Minister Tony Blair who stepped down last year as a UN representative to the Middle East “Quartet” of special mediators from the US, EU, and Russia. Is now on the United Nations list of candidates along with Bill Clinton. Who has been drooling over the power grab for over ten years. The latest candidate to long for greener totalitarian pastures is German Chancellor Angela Merkel. Under heavy fire for the glaring rape of Germany by hordes of protected jihadist refugees. Merkel now says that she “does not want to complete her full term as German chancellor and is planning to resign before elections due in 2017. The German leader is aiming to become the first chancellor to leave of her own accord since 1949, and is interested in a new role as United Nations Secretary-General, or President of the European Council, Spiegel magazine reported. Regardless of the identity of the winning mouthpiece awarded the ring of mordor. The stooge the United Nations General Assembly installs will join the ranks of past UN Secretary Generals including Nazi war criminal Kurt Waldheim and Egypts Boutros Boutros-Ghali, the man responsible for supplying weapons for the 1994 Rwanda Genocide.

Washington made another attempt to escalate the conflict in Syria on Saturday. The consequences may be dramatic: the Syrian-Iraqi crisis is turning into the a new World War with a potential nuclear response from Russia or the US.

The US air force’s attack the pro-government troops of Syria at Deir ez-Zor resulted in 63 soldiers dead, and about 100 wounded. It is important to note that when the US attack’s ISIS, the number of dead and wounded people were only ever in the dozens.

After these attacks, the ISIS troops started an offensive operation that caused a fierce battle in the regions where humanitarian assistance had been brought.

Russia initiated the emergency meeting of the UN Security Council. The representative of the Foreign Affair Ministry, Maria Zakharova, said that “we have come to the terrible conclusion that the White House is defending the Islamic State.” After keeping silent for a long time, the Pentagon announced that it had been a mistake. The statement, published by the US military department, said the US military forces had coordinated their actions with Russia. It mentioned too that they often contact the Russian headquarter out of “professional courtesy,” even though the current US-Russian memorandum of understanding on air safety doesn’t demand it.

Russian Foreign Ministry announced that the US threatens the whole of the reached agreement.

Recently, US Secretary of State John Kerry phoned Russian Foreign Minister Sergei Lavrov to discuss the situation in Syria. The Russian side focused on a number of armistice violations that had occurred.

The US Air Force strikes were preceded by the appearance of aircraft near Hmeymim (Syria) and close to the Iranian border, to the Hamadan base used by Russian Air Forces. Moreover, the US media reported that the region around the Syrian army on the eve was thoroughly investigated by US intelligence.

The conclusion is clear: the US knew who they would attack and when. The strike was on the eve of parliament elections in Russia when all attention was on domestic politics. Such an approach characterizes the US military-political machine. Although the Russian politicians responded immediately, Washington needed to know the military reaction of Moscow: Will the Russian forces attack the American bases in Syria or only use the diplomat rhetoric. And what will the current Russian allies (China and Iran) do? Russia’s legally deployed its troops in Syria are a strategic partner of Assad’s government. The US occupied part of its territory in the north, in fact proving its aggressive intentions in the agreements with Russia.

In accordance with international law, the US committed a crime, but didn’t they do the similar things earlier?

Washington didn’t face any consequences after the Iraq occupation, arranged without any UN Security Council resolution. Thus, if the logic of the unipolar moment continues, nothing crucial will happen this time. However, now we have a new criteria: arising multipolarity.

The situation in Syria is directly linked with the US presidential election. As Trump is the most likely winner, the hawks and the globalists have few chances to continue their policy and to keep the unipolar world order (under the global leadership). Thus they try to initiate the new global war. There are two options: officially entering the war, thus they introduce a state of emergency and Barack Obama continues his presidency. Even if Trump wins, he will be placed in such a conditions that he will have to continue the military campaign.

Thus, we will face a fierce confrontation for the next two and a half weeks. A New World Order or the Third World War are two possible consequences. 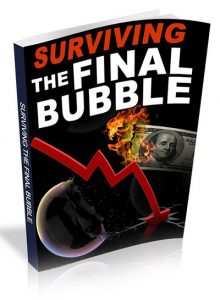 3 thoughts on “THE US IS PROVOKING RUSSIA TO START WWIII – By November 2016: The United Nations Will OWN The Globe”