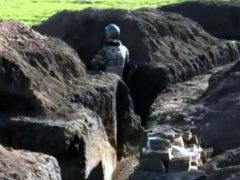 President Putin announcing that Russia is ready to fully meet the fertilizer demand of agricultural producers from friendly countries, says he then delivered a fatal blow against Western colonial Supreme… Read more »

The United State has antagonized so many countries simultaneously The US acts as a catalyst to the improvement of the relations between Iran , Russia and China . The Sanctions… Read more »