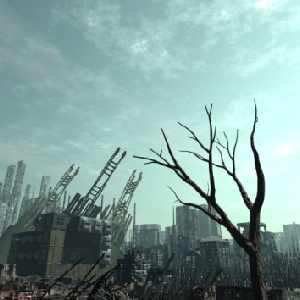 I recently had a chance to sit down with my friend, survival expert Wallace Streete, to speak about what a crisis would be like.

Streete has traveled the world many times over and has had an awful lot of “unpleasant experiences,” to say the least. He has been everywhere from the Congo to North Korea to not so wild and crazy places like Iowa. Well, maybe they are wild and crazy, but not in a survival type of way.

Streete warned me that what could potentially happen to America is something that none of us is truly ready for. I wanted to share with you what he told me.

When the end of the world as we know it (TEOTWAWKI) happens, none of us will be ready. There is no amount of preparedness, storage or training that we can have that will have us ready in the blink of an eye for something that can literally happen just as fast.

You can be only so prepared for what can come down the pike at you. Sure, you’ll have a heads-up if it’s a weather occurrence. But what happens if it’s an earthquake, a tornado or even a flash flood? The point is that you won’t see it coming. Unless you are the only person in the world who is completely emotionless, you will be taken off guard and be in fear.

I just mentioned simple (that’s right, I said simple) weather events. Can you imagine if martial law took over or there were an attack on the United States?

Recently, I discussed how an electromagnetic pulse (EMP) attack could happen and we wouldn’t see it coming. Imagine what else could happen.

So you’re left sitting there, well after something hits, and you have to pull it together to make it out. Are you actually ready for that? The answer is that you aren’t.

Odds are that you are ready for the long haul, things like being able to cook your stored food or hunt if necessary. But that immediate blast of crisis: You just aren’t set up for it.

Streete said it will be like when you are in a car accident and kind of see it coming. It’s almost as if your world slows down so that your body and mind can mentally react — even though you can do nothing to change your circumstances.

I know from being in a few car accidents that you see or even sometimes feel them coming. I was t-boned a few years ago when I was living in Baltimore. I actually saw the car slowly hit me on the side.

I saw the glass fly so slowly through the air that it was almost as if I were in a Hollywood action movie during an exploding fight sequence. Things were surreal. That’s what Streete said the immediate crisis situation will be like.

The best way to be prepared for that is simply knowing what you have to do. Program yourself to know that when it’s time to leave, you leave.

It’s like learning another language, playing an instrument or driving a car. When you work at each enough, what you need to do becomes second nature.

In essence, you need to become fluent in your ability to survive.

The last thing you want to do is be stuck figuring things out at the last minute.

I have talked about it before (and I hate to keep referencing it): You can see what this is like by watching the Hollywood hit “The Hunger Games.”

The children were put into an arena where they had to fight for their survival, and each had a different tactic to survive.

Those who didn’t move fast enough to begin with were killed immediately; those who moved too fast became targets as well.

The people who were prepared and calm and knew what they needed to do made it out alive — or at least lasted for longer than a few days.

I’m not saying that a crisis will be like “The Hunger Games” where we will all be killing each other and fighting in multiple levels of combat to survive. However, I am saying that it’s a good example about preparedness.

When that whistle goes off or when that storm or human event hits and our world changes, you need to be that prepared and resolute person.

You can’t just up and run or stay put without having a solid plan, but you also can’t allow yourself to be stunned or so taken off guard that you become a target.

According to Streete, you should practice survival tactics with your family. Have a few general plans lined up so that you can make it out of different situations. One should be for weather; another should be for an attack. We should also be ready for when all of our electronics could stop working at once.

It’s so important that your plan is ingrained in your head so that you can act on it calmly and quickly, without having to think about it.

The old adage goes something like “time is money.” In this situation, time is survival.

Be smarter than they think you are.