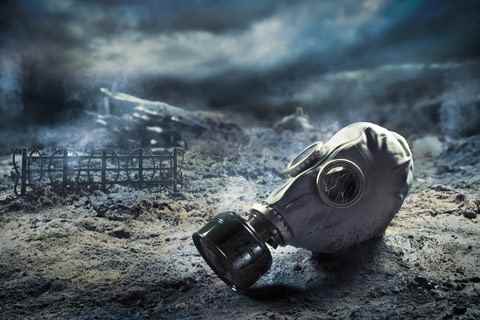 The question may be even more important than how much food and ammo you have stocked up, where you plan to retreat or how much money you have thrown into power generators and emergency utilities.

For preppers, the question is essentially important. Just as you can’t go advertising the supplies and contingencies you have carefully planned for, you can’t bunker up with just anybody.

Sad as it is, many neighbors and even family members will not be reliable partners in survival, and may not be trustworthy in a crisis either. At the same time, finding the right core group of people that can build a trusted community may be the only way to cover all the ground that must be covered in an aftermath or underground economy. The balance is very delicate indeed.

RELATED : Build your own Underground Bunker

Not everyone will agree, but perhaps preparations and a similar mindset are not the only factors that will ultimately determine survival, and may prove to be less important that the types of people you will bunker down with. Will you survive with the kind of people you would actually want to live your life around?

Chris Duane of Silver Shield Exchange and Dunagun Kaiser of Reluctant Preppers discuss this pivotal question. It is a short but worthy conversation to consider:

RELATED : Elite Bunker Down in “Secure, Safe Rooms Hidden in Plain Sight”… And You Can, Too

“And that’s going to be really instrumental to the folks up here been getting a lot of prepping tips is that – and we’ve talked about that before – that networking with others that are in a community with mutual support, having the ability to really support each other from a life sustainability standpoint, whether it is local food producers, people who know how to repair and fix things, people who can help you with protection, if that’s necessary, that sort of thing.”

Chris Duane discusses his point of view about the character of the people you choose to trust and depend upon:

“Here’s another mistake that I think preppers or other people tend to think. They don’t need to see the world the way that you do. You don’t need to convince them that this is coming. And they could be completely blind about everything that we’re dealing with. You need to find what’s in their soul. Are they good people? Maybe they’re your local police officer. God knows I have enough people in the police and the military that are completely blind to all the things I talk about, but I know at the end of the day they would lay down their lives for me, because they’re good people.”

“Just because they’re kind of lost in the sauce, you can’t really blame them because all of humanity is really lost in the sauce. So you don’t really need to find the people who totally agree with you on what’s coming. Find the good people that are around you and really get to know them. Don’t try to convert them; they’ll come along, trust me, when the time is right. And even the people who do get what’s going on, I’m not so sure a lot of those guys aren’t psychopaths. I’ve know a lot of people inside the awakened community that I get creeped out even talking to them because of where they’re going. So, try not to do it on a who is prepped and who is not prepped; really try to find out what kind of soul, what kind of consciousness, what kind of morality… Are they family people? Are they empathetic? These are things I really think people should look for.”

Many of those who are aware politically and in preparedness may still lack the morals and ethics that you share and can rely upon. What if someone in your group tries to take over? Or take the power of life into their own hands? How well do you really know them?

At the same time, you can’t let everyone know about your preps, and you can’t count of decent people to remain decent when they become desperate in a crisis.(source)

RELATED : Ex-US Agent Claims Military Thwarted Obama False Flag Nuke a total breakdown in society and with in one year the death of 300 million Americans /EMP Attack this Fall- (VIDEO)

Are you prepared? Have you surrounded yourself with the right people?