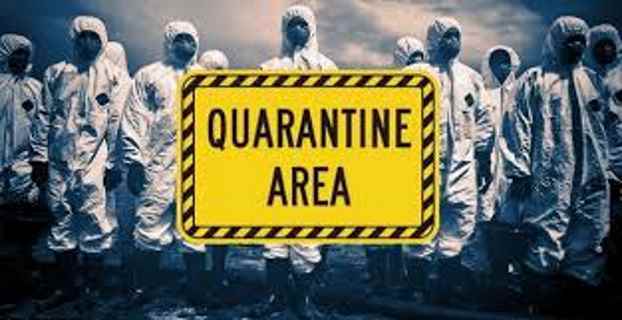 The New World Order (NWO) has a plan to reduce the world population to under 1 billion people from the current 6+ billion. This will be occurring in the near future – in your lifetime. These two videos Parts 1 & 2 discuss information you probably have never heard. The days ahead are going to be brutal for everyone. Those who have the best chance of survival will be those who have heeded the warnings, bought necessary protective gear & supplies and have planned accordingly.

RELATED : The 4 Most Likely Ways You Can Die If the SHTF

“The world today has 6.8 billion people… that’s headed up to about 9 billion. Now if we do a really great job on new vaccines, health care, reproductive health services, we could lower that by perhaps 10 or 15 percent.”

RELATED : What Will You Use to Trade After a Dollar Collapse?

How can vaccines actually be used to reduce world population?

Let’s conduct a mental experiment on this issue. If vaccines are to be used to reduce world population, they obviously need to be accepted by the majority of the people. Otherwise the population reduction effort wouldn’t be very effective.

And in order for them to be accepted by the majority of the people, they obviously can’t just kill people outright. If everybody started dropping dead within 24 hours of receiving the flu shot, the danger of vaccines would become obvious rather quickly and the vaccines would be recalled.

RELATED : Why I Will Not Submit To Medical Martial Law

Thus, if vaccines are to be used as an effective population reduction effort, there are really only three ways in which they might theoretically be “effective” from the point of view of those who wish to reduce world population:

#1) They might kill people slowly in a way that’s unnoticeable, taking effect over perhaps 10 – 30 years by accelerating degenerative diseases.

#2) They might reduce fertility and therefore dramatically lower birth rates around the world, thereby reducing the world population over successive generations. This “soft kill” method might seem more acceptable to scientists who want to see the world population fall but don’t quite have the stomach to outright kill people with conventional medicine. There is already evidence that vaccines may promote miscarriages

#3) They might increase the death rate from a future pandemic. Theoretically, widespread vaccination efforts could be followed by a deliberate release of a highly virulent flu strain with a high fatality rate. This “bioweapon” approach could kill millions of people whose immune systems have been weakened by previous vaccine injections.

Conveniently, their deaths could be blamed on the pandemic, thereby diverting blame from those who were really responsible for the plot. As yet another beneficial side effect for the global population killers, the widespread deaths could be used as a fear tool to urge more people to get vaccinated yet again, and the entire cycle could be repeated until world population was brought down to whatever manageable level was desired… all in the name of health care!

The more people around the world are vaccinated before the release of the “hard kill” pandemic virus, the more powerful the effect of this approach.(source)

RELATED : Red Alert — Ebola is Back