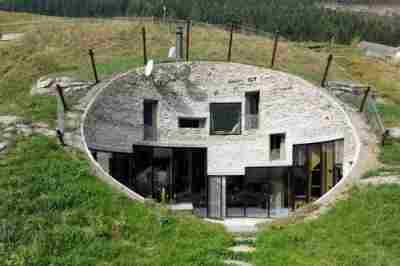 The wealthy are spending more to protect themselves from all the rest of us than ever before.  So why are they so concerned about the future?  Do they know something that the rest of us don’t?  Or do they just have the money to buy the type of security that the rest of us would if we could?  Over the past few years, wealthy people all over America have been equipping their homes with futuristic high tech security systems that go far beyond the kinds of things portrayed in recent Hollywood films such as “The Purge“.  We are talking about security bunkers with their own sustainable sources of food and water, hidden passageways that lead to ballistics-proof panic suites, and thermal heat detectors that can detect someone hiding up to 15 kilometers away.  Most of these security measures will probably never even be needed if things stay pretty much as they are today.  But if the thin veneer of civilization that we all take for granted on a daily basis continues to disintegrate and we see massive civil unrest in the years ahead, then those security measures are going to come in very handy indeed.

When it comes to prepping, sometimes it is the wealthy that are the most extreme.  According to a recent Daily Mail article, the wealthy have become increasingly obsessed with home security in recent years…

Wealthy families across the country are shelling out millions to protect their loved ones from intruders, natural disasters or the apocalypse as home security goes increasingly sci-fi.

Companies that provide concerned homeowners with futuristic gadgets – and a priceless peace of mind – have revealed the growing demand of costly bunkers, passageways, panic rooms and recognition software.

Most people simply do not have the money for those sorts of things.  But the wealthy do, and these days they have shown a willingness to shell out big bucks for extraordinary security measures that they hope will give them peace of mind.  A recent Forbes article profiled the owner of a company called Strategically Armored & Fortified Environments (SAFE).  He uses his own fortress-like home as a showcase for potential clients, and business is booming…

Al Corbi’s residence in the Hollywood Hills has the requisite white walls covered in artwork and picture windows offering breathtaking views of downtown Los Angeles, but it has more in common with NSA headquarters than with the other contemporary homes on the block. The Corbi family doesn’t need keys (thanks to biometric recognition software), doesn’t fear earthquakes (thanks to steel-reinforced concrete caissons that burrow 30 feet into the private hilltop) and sleeps easily inside a 2,500-square-foot home within a home: a ballistics-proof panic suite that Corbi refers to as a “safe core.”

According to Forbes, some of these homes that SAFE builds actually have “sustainable” security bunkers where families could potentially survive for multiple generations in the event of a major catastrophe…

SAFE’s bunkers operate on geothermal power and have sustainable food supplies, their own wells for water and full medical facilities. Many have amphitheaters, restaurants and health spas; for one client, Corbi designed a promenade with ceilings hand-painted with blue skies and “stores” displaying the family heirlooms. “These are things you would want to have personally, so right now it’s an ultimate entertainment area, but if there was a disaster you could go there and stay for a long time,” says Corbi.

A long time, indeed. He estimates that families could survive in the best planned of these luxurious strongholds for up to three generations. “They would be the new Adam and Eve, essentially, who would start up everything again.”

So what are the wealthy so concerned about?

After all, our politicians and the mainstream media keep telling us that everything is going to be just fine.  So why are they going to such extraordinary lengths to prepare for the future?

Well, there are definitely some wealthy individuals that are among the 3 million preppers in the United States that are preparing for a future meltdown of society.

But many other wealthy individuals just want to make sure that their families are safe.  Violent crime in the United States was up 15 percent last year, and anger toward the wealthy has risen to unprecedented heights since the last financial crisis.

Desperate people do desperate things, and without a doubt Americans are becoming increasingly desperate.  In fact, these days criminals will go after just about anyone.  For example, on Sunday someone actually ripped off the Salvation Army…

The Salvation Army said someone broke into one of its community centers in Washington and stole donations collected through the charity’s Red Kettle Program.

And in South Carolina the other day, a group of thugs shot and killed a 76-year-old lady during an attempt to rob her home…

A 76-year-old woman was killed in a shootout as a gang tried to rob her outside her South Carolina home in the early hours of Saturday.

Dorothy Hendrix was shot twice by the gang of two men and a woman, but she managed to shoot one of her assailants in the stomach before dying of her wounds.

So it is understandable that the wealthy would want to try to insulate themselves from all of this.  After all, they are huge targets for desperate criminals and thieves.

And when it comes to spotting intruders, some of the technologies being used by the wealthy these days are truly amazing.  For example, one company out in Oregon actually manufactures infrared cameras that can spot the thermal heat signature of someone hiding 15 kilometers away…

Another company, FLIR Systems, based in Wilsonville, Oregon, makes infrared cameras that can read the thermal heat signatures from anything nearby – even someone in a hiding place as far as 15km away.

Many of these technologies are very “cool”, but the sudden interest in them reveals something else about our society.

The level of trust in our society is rapidly breaking down, and people are scared.

In fact, one recent survey discovered that the level of trust that we have in one another is much, much lower than it was about 40 years ago…

For four decades, a gut-level ingredient of democracy — trust in the other fellow — has been quietly draining away.

These days, only one-third of Americans say most people can be trusted. Half felt that way in 1972, when the General Social Survey first asked the question.

Forty years later, a record high of nearly two-thirds say “you can’t be too careful” in dealing with people.

Do you believe that most people can be trusted?

And why do you think that so many wealthy people are spending so much money on futuristic high tech security measures right now?

Collapse Reality: “If I Had to Be an Animal, I Was an Animal. It Was About Survival.”

Off Grid Survival: Cabin Rentals and RV Camping for a “Practice” Bug Out

How to Survive An Armed Robbery

3 thoughts on “Why Are So Many Wealthy People Building Futuristic High Tech Security Bunkers?”