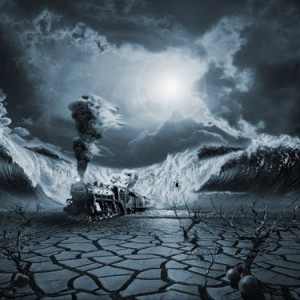 This report that has just been released by Goldman Sachs has gotten a lot of attention.  In fact, an article about this report was featured at the top of the CNBC website for quite a while on Monday.  Needless to say, news of this report spread on Wall Street like wildfire.  The following is a short excerpt from the CNBC article…

A stock market correction is approaching the level of near certainty as Wall Street faces a major paradigm shift in how to achieve price gains, according to aGoldman Sachs analysis.

In a market outlook that garnered significant attention from traders Monday, the firm’s strategists called theS&P 500 valuation “lofty by almost any measure” and attached a 67 percent probability to the chance that the market would fall by 10 percent or more, which is the technical yardstick for a correction.

Of course Goldman Sachs is quite correct to be warning about an imminent stock market correction.  Right now stocks are overvalued according to just about any measure that you could imagine…

The current valuation of the S&P 500 is lofty by almost any measure, both for the aggregate market as well as the median stock: (1) The P/E ratio; (2) the current P/E expansion cycle; (3) EV/Sales; (4) EV/EBITDA; (5) Free Cash Flow yield; (6) Price/Book as well as the ROE and P/B relationship; and compared with the levels of (6) inflation; (7) nominal 10-year Treasury yields; and (8) real interest rates. Furthermore, the cyclically-adjusted P/E ratio suggests the S&P 500 is currently 30% overvalued in terms of (9) Operating EPS and (10) about 45% overvalued using As Reported earnings.

There is a lot of technical jargon in the paragraph above, but essentially what it is saying is that stock prices are unusually high right now according to a whole host of key indicators.

And in case you were wondering, stocks did fall dramatically on Monday.  The Dow fell by 179 points, which was the biggest decline of the year by far.

So is Goldman Sachs correct about what could be coming?

Well, the truth is that there are many other analysts that are far more pessimistic than Goldman Sachs is.  For example, David Stockman, the Director of the Office of Management and Budget under President Reagan, believes that the U.S. stock market is heading for “a pretty rude day of awakening”…

“This (2014) is the year of the end game. The party is over. We are now just at the point where they are rounding up the Wall Street drunks who are swilling on the fifth consecutive seasonally maladjusted phony recovery. That will become evident in the weeks and months ahead. Then I think the markets are going to have a pretty rude day of awakening.”

For many more forecasts that are similar to this, please see my previous article entitled “Dent, Faber, Celente, Maloney, Rogers – What Do They Say Is Coming In 2014?“

There are also some other signs that we are rapidly heading toward a major “turning point” in the financial world in 2014.  One of those signs is the continual decline of Comex gold inventories.  Someone out there (China?) is voraciously gobbling up physical gold.  The following is a short excerpt from a recent article by Steve St. Angelo…

After a brief pause in the decline of Comex Gold inventories, it looks like it has continued once again as there were several big withdrawals over the past few days. Not only was there a large removal of gold from the Comex today, the Registered (Dealer) inventories are now at a new record low.

And of course the overall economy continues to get even weaker.  The Baltic Dry Index (a very important indicator of global economic activity) has fallen by more than 40 percent over the past couple of weeks…

We noted Friday that the much-heralded Baltic Dry Index has seen the worst start to the year in over 30 years. Today it got worse. At 1,395, the the Baltic Dry index, which reflects the daily charter rate for vessels carrying cargoes such as iron ore, coal and grain, is now down 18% in the last 2 days alone (biggest drop in 6 years), back at 4-month lows. The shipping index has utterly collapsed over 40% in the last 2 weeks.

So does this mean that tough times are just around the corner?

Or perhaps things will stabilize again and this little bubble of false prosperity that we have been enjoying will be extended for a little while longer.

The important thing is to not get too caught up in the short-term numbers.

If you look at our long-term national “balance sheet numbers” and the long-term trends that are systematically destroying our economy, it becomes abundantly clear that a massive economic collapse is on the way.  Our national debt is on pace to more than double during the Obama years, our “too big to fail” banks are now much bigger and much more reckless than they were before the financial crash of 2008, and the middle class in America is steadily shrinking.  In other words, our long-term national “balance sheet numbers” are worse than ever.

We consume far more wealth than we produce, and our entire nation is drowning in a massive ocean of red ink that stretches from sea to shining sea.

This is not sustainable, and it is inevitable that the stock market will catch up with economic reality at some point.

It is just a matter of time.

What to expect from the coming collapse – The REAL unemployment numbers

1 thought on “Why Is Goldman Sachs Warning That The Stock Market Could Decline By 10 Percent Or More?”