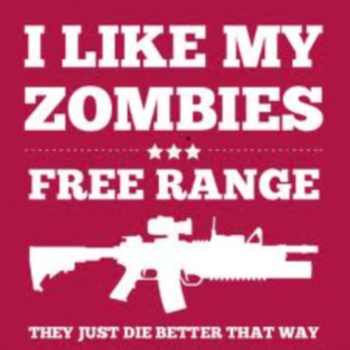 Electricity hasn’t been around all that long. For most of our history mankind has managed very well without it. Large numbers of people around the world still live without an electricity supply. If the grid goes down does it really mean the end of the human race?

A while back I did a post about pandemics. I said in the introduction, that in my opinion only two things could be serious enough to put an end to humans. Pandemic and grid failure. Looking at the figures for the 1918-1920 pandemic, and using those percentages with the current population, it seems I may have been wrong in my assumptions about pandemics.

So, onto grid failure, which to cover all the things that would be affected, and the speed at which they would be affected would need a large book, it is way too big a subject for an article. This article is based the things we have all heard, that 99% of the population of the United States would be dead within a year and that the world population will plummet. Let’s see.

I have chosen 2010 as the year all of the figures relate to, as that is the closest year that has a full set of statistics available. Figures are taken from World Health Organisation records, love them or hate them they are very good pen pushers and compile statistics about anything and everything.

Okay, we all know that if the grid goes down, so does everything else in short order. Food supply chain, large-scale agriculture,hospitals, traffic lights, everything that we regard as part of the very fabric of our lives. We have come to rely on electricity to such an extent that should it vanish from our lives it really would mean the end of the world as we know it. The question is though, would it be an extinction level event?

These conditions are considered to be those that contribute most to the mean global death rates. Now I am not a statistician, and it is impossible to know the life expectancy of the people suffering from these conditions, so, for the purposes of the exercise I am going to assume they all die in the first year.

This would add 120,000,000 deaths to the 57,000,0000 ‘usual’ deaths giving us 177,000,000 deaths for the first year. On top of this there would be a rise in the murder rate, the death rate from heart attacks would soar, mainly due to unfit people having to engage in hard physical labour, and deaths from lack of medication and medical intervention would skyrocket, as would deaths from malnutrition and disease.

This is where things get difficult, There are no statistics regarding lives saved each year by medical intervention, with no intervention, how many more deaths would this amount to? 10% more? 20%, 50%? Let’s say the global death rate doubles to account for this, and the rise in murders, malnutrition and disease, a 100% increase, this is distinctly possible when you consider the circumstances. So the first year the death rate is 177,000,000 plus another 57,000,000 from doubling the base rate in the first year, giving us an estimated death rate in the first year of 234,000,000 people. If all of those deaths occurred in the United States and nowhere else, there would still be 102,000,000 Americans left. Whilst absolutely disastrous this is nowhere near an extinction level event.

The mean annual death rate would have to rise 12,650% in the first year to take us even into the realm of possibility of an extinction level event. Even with that incredible rise there would still be 2,250,000 people left on the planet. Providing one or more groups of 5000 existed there is every likelihood that the planet would become re-populated over time. Groups of 5000 are considered by anthropologists to have enough of a genetic mix to grow at a healthy rate.
Obviously birth rates need to be considered. This was left at 133,000,000 for the first year. Most births take place in the developing world, the highest rates of all being found in regions that currently do not have a grid supplied electricity system. The first year would see a reduction in terminations of pregnancy of some 42,000,000 (the Foundation for Bio-ethical reform) which would increase the birth rate, but deaths of newborns would increase dramatically so the WHO figure was used. All of this boils down to the following:

A 12650% rise in the global yearly death rate would still leave a population of some 2,250,000 people populating the planet. Not all of these people are going to be in areas where disease and starvation will wipe them out. Many people in remote areas will be untouched by a total grid down event, it is feasible that some tribal people may not even know what has happened in the first world.

A total grid down event is highly unlikely to put an end to the human race, even though it will most definitely be for us in the first world, the end of the world as we know it. I am surprised by these findings but it shows very clearly, that to live through an event like this, as opposed to just existing after an event like this, we need to look towards simplifying our lives. We need to wean ourselves off of the electricity that we depend on. We need to have the skills that our grandparents and their grandparents had.

Life without electricity will be different, very, very different, but it will not be the lack of electricity that will make life hellish. We know from our forefathers that although more manually taxing and far less convenient that we can survive and we can do it well. What will make life hellish when the grid fails is those who have no clue how to cope, those who will refuse to work at growing vegetables, those who will see their future in terms of what they can steal from those who have had the foresight to prepare.

Unless we can find a way of getting preparedness accepted by the masses, unless we can make them see that being prepared for such an event is the wise thing to do we will be living with far more zombies than we anticipated.

It goes without saying that this is not good news, drastic as it sounds, those of us who are awake, particularly those living in cities, would do far better with less people around. Resources would be more readily available, land for food growing would be more readily available, as would non-perishable goods, from blankets to pots and pans, that could be scavenged from homes that no longer had inhabitants that needed them.

In my opinion a total grid down event is not the end of everything, but it may well be the tipping point that sets off a hell on earth scenario that lasts for decades.

Next Time You’re REALLY Hungry, Think of this…