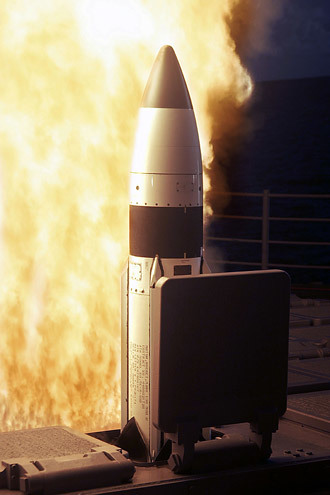 Moscow has upped the ante in its growing confrontation with Washington after releasing an incendiary statement, accusing the US of spinning and distorting facts to allege that Russia is testing a new cruise missile, banned by a landmark Cold War treaty.
“Once again the US is trying (and again rather clumsily) to act as a mentor, for some reason pretending to possesses the truth in the last instance and have the right to judge others. Claims are made with little to know evidence and based on warped logic, in other words prese 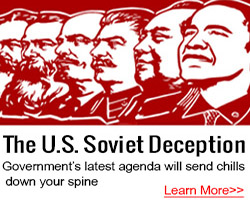 nted not with further experts’ analyses in mind,” opens the lengthy tirade by the Russian Foreign Ministry, in response to the allegations detailed in the State Department report released on Tuesday.

“The purpose seems to be to create a wall of information noise to incite other countries, and to boil up a propagandist brew for the media. Or does the US administration still sincerely deceive itself that the world can take Washington’s word?”

The US report never specified how exactly Russia violated the treaty, instead offering a vague finding that: “The United States has determined that the Russian Federation is in violation of its obligations under the INF Treaty not to possess, produce, or flight-test a ground-launched cruise missile (GLCM) with a range capability of 500 km to 5,500 km, or to possess or produce launchers of such missiles.”

This would be a direct violation of the Intermediate-Range Nuclear Forces Treaty (INF) signed by Ronald Reagan and Mikhail Gorbachev in 1987, which banned missiles that could carry nuclear warheads in the range of 500-5,500 km. The White House described the supposed transgression as a “very serious matter” of which it has been aware since 2008, again not naming the suspect.

The media in the meantime were quick to allege the missile in question was the R-500 cruise missile with an officially stated range of 500km, which some believe can be easily modified for greater ranges.

Russia previously issued a brief response to the allegations that was dismissive, but called for further dialogue. The latest diatribe, however, makes no attempt to seek common ground, and takes pot shots at the entirety of the US approach to international treaties – repeatedly accusing Washington of duplicity and bad faith.

“American officials cite classified intelligence, when questioned about their findings. The value of such intelligence has been amply proven by the ‘Iraqi weapons of mass destruction’ myth. Such undercover research becomes even less trustworthy, with regular leaks of obviously untrue and provocative pieces of information about the conflict in eastern Ukraine, while data coming from sources beyond US control gets ignored. Years pass, but the Americans have learned nothing.”

The statement then exposes US hypocrisy, who themselves are developing “target practice missiles” similar to missiles in question, as well as drones, which violate the spirit of the INF Treaty.