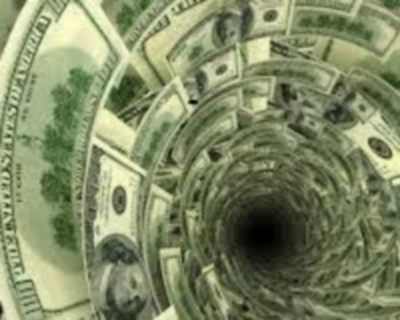 As some of you know I will be speaking at the Idaho Liberty Expo in Boise.  The subject matter will be is the “collapse imminent” and what you can do about it.   I wanted to answer the question in much more detail than I will be given time to do once on the panel.

As I pointed out in yesterday’s post, the answer to the question is the collapse imminent is I don’t know.  The Bible teaches us these things happen like “a thief in the night” exempli gratia in the most unexpected ways.  Do you remember Y2K?  Another thing I would like to share with you all is the fact that if any person knew what would happen financially on any one day, they would never have to work again.  You would spend one day investing your monies and you would make so much you could build retreats, feed the poor or whatever is your financial focus.  Each and every person that has prophesied the end of this great nation has been wrong.  Please remember that when people say “…the government is preparing for martial law in OCT2013″ or some other nonsense.  First lets defined terms. 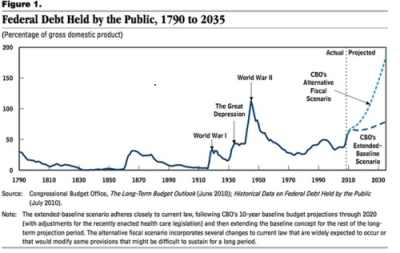 When people say “collapse” I will assume they mean financial or economic collapse. There are other forms of collapse, demographic collapse (already happen) collapse in Christian civilization (already happened).  However I believe when you say collapse, you mean economic collapse.  For example a military collapse is not very likely even with a cyber attack.  The reason I say that is the thought of North Koreans, Iranians or Russians or any other military power invading this nation is right about nil.  Some people have no idea how domineering our military is, and how the world understands that there is a “…gun behind every blade of grass” in the ole U.S of A. Lets stick with economic collapse.

And what do they mean by “economic collapse.”  I will define that as “…financial or economic issues that contribute to widespread lost of basic services such as; fire and policing services, grid power and or the flow of transportation and government monies for a period of three calendar weeks or more.”  I believe any thing less and we will have problems, but it is not really a collapse.  However if the welfare checks stop flowing for three weeks (or they become meaningless because of inflation) or the power is off for weeks or the police stop showing up,  we will have some problems.  We will define imminent as in the next five years.  Beyond that it is “possible” but not imminent.”

If you accept my definition which I admit is only one such possible definition and is only given to allow for a conversation on this topic, then I have no idea if that is “imminent.”  How can you?  Are you cursed with the power of prophecy?  There are two things I think can happen that could make this financial collapse happen tomorrow or at any time, a loss of faith in the U.S. dollar.  I believe for America to really get into trouble we would have to loose the world reserve currency status and we would have to loose the petro-dollar status or actually “trading-dollar” status.  Both of these help keep an artificial demand for the US dollar and thus people “need” or “want’ dollars.

World reserve currency status. “A reserve currency (or anchor currency) is a currency that is held in significant quantities by governments and institutions as part of their foreign exchange reserves, and that is commonly used in international transactions. Persons who live in a country that issues a reserve currency can purchase imports and borrow across borders more cheaply than persons in other nations because they need not exchange their currency to do so.”  From Wikipedia.  Most nations of the world use the U.S. dollar as their reserve currency.  By using a mixture of assets including gold and U.S. dollars they artificially make using dollars cheaper.

Why is this likely not to happen?  Because there are many safety nets for the system.  Capital can be moved, people make the right decisions.  Also the world knows if the U.S. falls economically, the world is in … a world of hurt.  Thus why would China try to destroy the U.S. economy when we buy most of their poisonous junk?  They want us to stick around and keep buying their junk.  Their export manufactures are a powerful lobby inside their communist government.   They buy U.S. dollars to keep their own Chinese money artificially low (and unethically compete against our manufactures), and we allow this.  How many nations are either totally or partially dependent upon a strong U.S?  How many banks, companies and people would fight hard to keep this system alive? 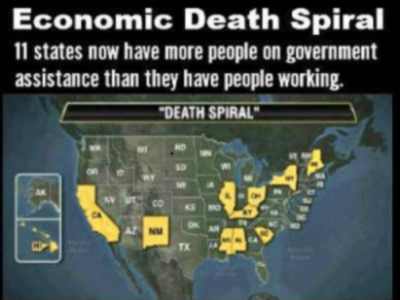 This status of the petro-dollar or trading dollar and the status of world reserve currency provides the U.S. a unique financial position.  I may surprise some people, but  I do not see how we can ever go “bankrupt” in the classic sense when we create the fiat instruments we need to pay our debit.  I don’t see how we economically collapse unless we loose our status as the world is committed of propping up the old man U.S.  What could happen is people get sick of us inflating our way out of debit and dump our dollar as the reserve and trading status.  That may happen.   Here is a video that is a fictional account that is design to make you afraid.  Don’t be afraid, but listen to the events that happen and ask yourself.  How likely is this to happen in the next five years?  And why do you think so or why do you think not?

Posted by The Bard of the American Redoubt in Current Events, Tax Armageddon