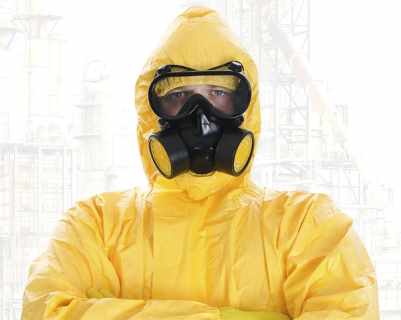 I will not submit to medical martial law

One of the most dangerous philosophical contentions, even among liberty movement activists, is the conundrum of government force and prevention during times of imminent pandemic. All of us at one time or another have had this debate. If a legitimate viral threat existed and threatened to infect and kill millions of Americans, is it then acceptable for the government to step in, remove civil liberties, enforce quarantines and stop people from spreading the disease? After all, during a viral event, the decisions of each individual can truly have a positive or negative effect on the rest of society, right? One out-of-control (or “lone wolf”) person could ignite a biological firestorm, so should we not turn to government and forgo certain freedoms in order to achieve the greater good for the greater number?

The recent rise of global Ebola is slowly bringing the issue of medical martial law to the forefront of our culture. Syndicated columnist Charles Krauthammer recently argued in favor of possible restrictions on individual and Constitutional liberties in the face of a viral pandemic threat.

The Obama Administration is now using militant terminology in reference to Ebola response, including the formation of Ebola “SWAT teams” for quick reaction to potential outbreak areas.

And finally, the Department of Defense has been tasked to create a military controlled “quick-strike team” to deal with Ebola within U.S. borders. This team will be under the command of none other than Northcom, apparently trampling the Posse Comitatus Act and setting the stage for the rationalized use of military personnel against U.S. citizens under the guise of pandemic prevention.

It should be clear to anyone with half a brain that medical martial law is being quietly prepared and that the threat of such measures is not a paranoid conspiracy, but a very real possibility. I discussed in great detail why Ebola works in favor of establishment elites in my article “An Ebola outbreak would be advantageous for globalists.”

Understand that bureaucrats will come to you with promises of offering a helping hand, hoping that you are afraid enough to accept; but their intentions will not be compassionate. Rather, their intent will be to assert as much dominance over the public as possible during the chaos and to erase any conception the people may have had in the past that they have inalienable rights.

But going beyond the hidden motives of tyrants, I think it is important to point out that the CDC and the federal government in general has already lost all credibility in dealing with Ebola. Therefore, the government has lost any authority it may have had in administrating a future response.

Ebola has been officially known to the CDC for more than 30 years. Why has the CDC refused for three decades to produce proper care guidelines for hospitals? Medical staff in the U.S. didn’t even receive guidelines when the outbreak in Western Africa was obviously progressing out of control.

Why did the CDC leave Thomas Eric Duncan, the very first U.S. Ebola case, in the hands of the Texas Health Presbyterian Hospital, without proper procedures in place to prevent further infection and without a CDC team present? The CDC has an annual budget of nearly $7 billion. Where is all of this money going if not to stamp out such threats as Ebola?

The argument presented by the White House, the CDC and even the World Bank has been that stopping direct or indirect travel from nations with an Ebola outbreak would be “impractical” and that such travel bans would somehow “make matters worse.” They have yet to produce a logical explanation as to how this makes sense. But let’s say we did not need to institute a travel ban. The CDC, with its massive budget, could easily establish quarantine measures in infected countries. Anyone wishing to travel outside of these nations would be welcome to do so, as long as they voluntarily participate in quarantine procedures for a set number of days. No quarantine, no plane ticket. Where has the CDC response been in Western Africa?

Why not use minor and measured travel restriction in Africa today, instead of using unprecedented martial law in America tomorrow? It makes no sense, unless, of course, the plan is to allow Ebola to spread.

Why has the White House nominated Ron Klain, a man who knows absolutely nothing about Ebola or medical emergency strategies, as the new Ebola czar?

Why has all discussion on Ebola prevention revolved around government measures rather than community measures?

The reality is that the government does not have any treatments for Ebola that are outside of the knowledge and capabilities of the average medically trained citizen, meaning the government and the CDC are not needed for a community to handle an Ebola outbreak if that community is given proper guidelines and strategies in advance. Treatment for Ebola, at least in First World nations, consists primarily of regimented transfusions. These transfusions are a mixture of isotonic saline, electrolytes and plasma, designed to keep the body supported until its immune system can build up a proper defense to the virus. Natural and homeopathic methods can also boost immune system functions, making the body resistant to the virus before it is ever contracted. The most effective of all treatments appears to be the transfusion of blood from a recovering patient with antibodies into a newly sick patient. This is likely the reason for quick recovery in infected doctors like Kent Brantly.

The CDC would never be able to coherently organize a large-scale program of transfusion initiatives, even if it wanted to. Most hospitals around the country have no isolation wards able to handle even a minor Ebola outbreak. The hospitals that do have facilities that are limited to less than a dozen beds. According to medical workers with whom I have spoken, most hospitals require a minimum of about 50 health professionals to deal with a single Ebola patient. In the event of an outbreak larger than a few people per state, the CDC and local hospitals are simply not equipped to react to the problem. This leaves individual communities to either prepare for the worst or die off while waiting for the government to save them.

The greatest danger to American citizens is not the Ebola virus, but the government reaction to the Ebola virus. Already, several medical outfits around the world are suddenly interested in producing an Ebola vaccination when no one seemed very interested before. This might sound like good news, until you learn the terrible history of vaccinations.

It is important to note that GlaxoSmithKline is also spearheading an Ebola vaccine initiative.

U.S.-based Baxter produced a flu vaccination in Austria tainted with both avian flu and swine flu. The mixture just happened to be randomly tested on a group of ferrets by a lab in the Czech Republic. All the test animals died. The exposure of this “mix up” was quietly swept under the rug by Baxter and the mainstream media. But reports indicate that if the vaccine had been used on the general population, a terrible pandemic would have erupted.

None of these companies can be trusted to produce a working vaccine that will not cause more infection and more death. If the CDC and the federal government trigger a medical martial law scenario, they will most likely include forced vaccinations of the population to maintain “herd immunity.” The bottom line? The use of such vaccines will be a death sentence for many, a death more certain than the contraction of Ebola.

I can think of no rationale for government involvement in the treatment of an Ebola outbreak. If it is not pure incompetence on their part that has exacerbated the threat, then, even worse, it is a deliberate program of genocide. In either case, no military or CDC “strike teams” should be allowed free reign in our neighborhoods, towns, counties or states. Department of Homeland Security and Federal Emergency Management Agency Community Emergency Response Teams are also a no-go, given FEMA’s track record of dismal disaster response. They cannot be allowed to take control of our communities.

The only way for Americans to survive such an event is to cut out government entirely and establish their own medical strategies, as organizations like the Oath Keepers Community Preparedness Teams are doing.

If someone wants to voluntarily go to the CDC or FEMA for assistance, then they should be allowed to take that risk. However, medical martial law over all of us in the name of the “greater good” should not be tolerated. The government has proven beyond a doubt that it is not qualified to handle a viral crisis scenario, let alone determine what the “greater good” actually is. I can’t speak for the whole of the liberty movement. But if a group of hazmat-suited thugs decides to chase me down with a syringe, I am relatively certain none of them will live through the encounter.

Will I be accused of aiding the spread of Ebola because of my noncompliance? Of course. Do I care? Not so much. Each individual American will have to make his own decision on this matter in due course. Is it better to conform and risk annihilation at the hands of an ignorant and/or corrupt government or to fight back and be labeled a bioterrorist? With the clear lack of tangible government prevention of outbreak in the United States, you’ll probably get your chance soon enough.
Note from the Editor: Round two of the financial meltdown is predicted to reach global proportions, already adversely affecting Greece, Spain and most of Europe. It appears less severe in the states because our banks are printing useless fiat currency. I’ve arranged for readers to get two free books—Surviving a Global financial Crisis and Currency Collapse, plus How to Survive the Collapse of Civilization—to help you prepare for the worst.