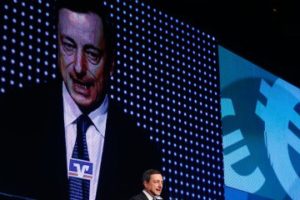 If the U.S. can’t resolve its looming budget problems, the fallout could plunge the entire world economy into a chasm

Forget all of the talk about the rise of China and the shift of economic power from West to East. The U.S. economy remains the largest and most important in the world, and what happens in America still determines what happens to the global economy. 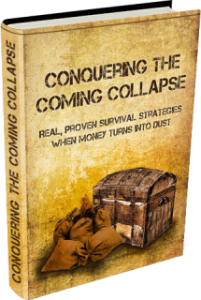 No wonder, then, that investors from Hong Kong to London have become fixated on the looming “fiscal cliff” facing the U.S. government. If re-elected President Barack Obama can’t reach a new deal with Republican Party Congressmen in the House of Representatives on closing the country’s trillion-dollar budget deficit, a slate of deep spending cuts and tax hikes will automatically come into effect next year that will in all likelihood derail the slow-moving U.S. recovery from the 2008 financial crisis. That would without doubt do some serious damage to growth globally. Rating agency Fitch proclaimedthat “the U.S. fiscal cliff represents the single biggest near-term threat to a global economic recovery.”

A U.S. plunge off the fiscal cliff would hit the global economy at an especially fragile moment. The news just about everywhere has already been bad. Fears that Japan might slip into (yet another) recession rose on Monday when the world’s third-largest economy reported its GDP shrank by an annualized 3.5% in the quarter ending September. The euro zone is expected to contract in 2012 as well. On November 7, Mario Draghi, president of the European Central Bank, warned  that even powerhouse Germany is starting to suffer the ill effects of the debt crisis. “Germany has so far been largely insulated from some of the difficulties elsewhere in the euro area,” Draghi said. “But the latest data suggest that these developments are now starting to affect the German economy.”

European leaders and the IMF continue to bicker over the bailout of Greece, leaving open the possibility that the country could still get forced from the monetary union. Even emerging markets are struggling. China and India are experiencing their worst slowdowns in many years and both have major reform challenges to confront. No wonder the IMF in October lowered its forecast for global GDP growth to 3.3% in 2014.

Next year was supposed to be a bit better. But that depends on the U.S. We’ve already witnessed the drastic impact that rapid fiscal retrenchment is having on some of the weaker economies in Europe, such as Spain. The U.S. would likely face similar turmoil. If the economy takes a full-on dive off the fiscal cliff, it would probably land in another recession. The Congressional Budget Office figures that such a sharp fiscal shock “will lead to economic conditions in 2013 that will probably be considered a recession, with real GDP declining by 0.5 percent between the fourth quarter of 2012 and the fourth quarter of 2013 and the unemployment rate rising to about 9 percent in the second half of calendar year 2014.” Simply put, it would be ugly.

And not just for Americans. A U.S. leap off the fiscal cliff “would push the country into a recession with large international spillovers,” the IMF warned the G-20 recently. “Even if the fiscal cliff were quickly unwound, the damage to the economy could be substantial.” Fitch calculated that the dramatic fiscal tightening could possibly toss the entire global economy into recession. “While the world economy would still grow 1.3% in 2013, this is just half our baseline forecast of 2.6%,” Fitch said.

The fiscal cliff would transfer to the rest of the world through many channels. The tax hikes and spending cuts would take cash out of the pockets of both companies and consumers, curtailing purchases of everything from German industrial equipment to Chinese-made blue jeans. A U.S. slowdown would also dampen commodity prices, hurting raw material exporters like Brazil and Russia. The jitters created by the uncertainty over U.S. fiscal policy would ripple through global financial markets as well.

Right now most economists are operating on the assumption that the U.S. will avoid falling off the cliff. The general consensus is that the two political parties will reach a compromise and put in place a more measured, long-term plan to reduce the budget deficit without producing a nasty recession in the process. But as my colleague Massimo Calabresi warned, don’t hold your breath that the parties’ differences will be narrowed and compromise reached. However the politics play out, the U.S. is facing a new era of fiscal austerity that will have a dampening effect on the economy. The issue is not if the U.S. will implement spending cuts and tax increases, but what the mix will be, and how deep they will go. There is pressure on American politicians to finally draw up a firm plan to bring its national finances back under control. Rating agency Moody’s threatened to downgrade the government’s credit rating if Washington can’t get its act together. The current top rating would be maintained only if “negotiations lead to specific policies that produce a stabilization and then downward trend in the ratio of federal debt to GDP over the medium term,” Moody’s said.

So whatever happens in Congress, the world economy is going to have to get accustomed to an American government that doesn’t spend as much as before. A healthier U.S. is good news for the global economy over the long term, but getting there may be painful in the short term.