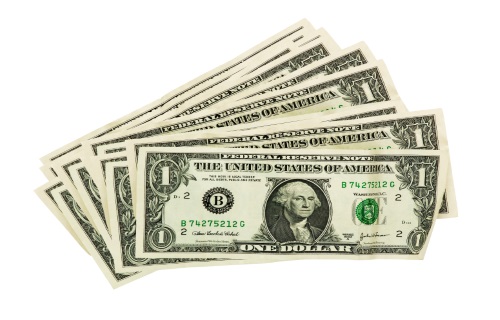 The mumbling and bumbling continues. More and more establishment voices can be heard supporting the idea of a ban on physical cash. The supposed justifications are pathetic, and smack of desperation. But the end of cash, in certain currencies at least, may be in sight. Does it matter? And who are the likely winners and losers?

Recently, Louisiana became the latest state to attempt a massive ban on cash that would have resulted in making it illegal to use U.S. cash dollars in any secondhand transactions.

The law, called R.S. 37:1866, made it illegal to, say, go to a garage sale and buy a lawn mower with cash dollars. That’s right: It would have prohibited American citizens from using legal U.S. tender.

After an outcry by critics who called the law unconstitutional, Louisiana “amended” the bill to remove the widespread ban.

And that’s how cash will die. They don’t have to ban it outright. It’ll just die of neglect. They just have to make it impractical to the point that no one accepts it anymore. Make using it the equivalent of buying a Ferrari with a stack of singles. It’s legal — but go ahead and try it.

That’s how the elites will realize their dream of truly negative interest rates. You’d rather spend your money on tango lessons or opera tickets than pay the bank for the privilege of holding it for you. (Opera? Let’s think about this…)

This sort of “soft” cash ban is more a flanking attack than a direct go at the trenches like India pulled in November. The resistance is too heavy in the center. Pull off a good flanking attack and you make a lot less noise and you’ve soon got the enemy surrounded. That’s the elite’s purpose in the war on cash — to quietly outflank and surround you, to cut off all escape routes.

The U.S. government views cash – paper currency and coins – as an enemy. How else to explain their ongoing “War on Cash”?

This isn’t an isolated case. The FBI has already extensively used civil asset forfeiture laws to seize cash from Americans.

Most people, most of the time – at least in developed countries – could get by without cash. We have bank cards and new electronic advances like Apple Pay, so why bother with paper notes unless you’ve got something to hide?

The crucial point here is that the mere existence of cash is a control on the power of banks and government. If there is no cash alternative then there is nothing to stop us being charged to have bank deposits. Whereas, if cash still exists but bank deposits pay negative interest, we can always make the switch.

That switch would be impractical on a large scale. Central banks don’t have the facilities to print the extra trillions of physical paper. Commercial banks don’t want to handle and distribute it. Governments don’t want to lose the transparency of electronic transaction records, which they can use to levy taxes on income and wealth.

Also we shouldn’t forget that bank “deposits” are really loans to a bank. When you “pay money into” your deposit account, really you’re just lending money to the bank. They don’t keep a box of cash with your name on it. It’s just an electronic entry in their accounting ledgers.

If huge numbers of customers decide to withdraw their deposits and convert to physical cash then there’s a massive problem. Bank funding dries up. It would be a system-wide bank run.

This is what could happen in a NIRP world with notes. So bankers and governments are increasingly talking about phasing out paper. In fact they’d be the winners even if we never get to negative deposit rates. They’d have more control, more oversight, and lower costs.

And the losers? That would be mainly you, the ordinary honest citizen who’s trying to save in his own country’s currency. The criminals are just a side show.

NIRP aside, if you there’s another major banking crisis there would be no way out of bank deposits. Your precious savings will be locked in the banking system and a sitting duck for confiscation.

As A Way To Introduce You To Skilled Survival, We’re Giving Away Our ‘Family First’ Food Planning Guide. Click Here To Get Your Copy.
Why the Government Hates Cash

The punishment for “excessive” use of cash takes different forms. On a federal level, it’s civil asset forfeiture – also known as “policing for profit”.

On a state level, legislators have used other methods. Did you know Louisiana Governor Bobby Jindal signed a law that OUTLAWS the use of cash in second-hand transactions?

There is another reason why cashless economics is a bad thing. As noted by Zero Hedge, forcing everyone to keep their funds in banks as electronic assets, financial institutions could turn around and coerce people into spending rather than saving by imposing negative interest rates and other financial vehicles that make deposits more expensive.

But Scott A. Shay, chairman of Signature Bank, says the biggest threat is to our freedoms. Writing for CNBC, Shay says “econgularity” – a term describing an approaching moment when technological snooping capabilities, ease of manipulating big data and the cashless society all converge – will “permit governments to exercise incredibly powerful control over all human behavior.

”Still, there are those who are celebrating – and pushing for – the cashless society to happen. Writing in the Harvard Business Review, researchers from Tufts University said the faster the U.S. could move toward a cashless society, the better – so the government can save $200 billion a year in costs to maintain currency.At least now, Americans know the price of complete control and servitude.

Today, it’s Greece. It’ll be someone else tomorrow. And don’t be surprised one whit if it’s America next week or next month or next year.

There you go, economic collapse is looming and our government from the Congress to the Treasury, to the Federal Reserve to President  knows it and it is as if they want it to happen because no one is doing anything about it.

Today, millions of Americans they belive the U.S is on verge of a major food collapse entering anoter Great Depression. Only a small percentrage of th people are prepared for that before to happen.

RELATED : Be Prepared for ECONOMIC COLLAPSE and CIVIL WAR! Without A Doubt The U.S. Economy Is Deeply Troubled. A Collapse Of The Financial System Would Change All Of Our Lives Permanently.

Market Bulls are Full of Bull

Anonymous : A Message For The Elite and all Corrupt Governments & Politicians Greedy Bankers

1 thought on “Will Trump Ban Cash ? Can Governments Kick Down The Road And How They Plan To Ban Cash And Why”