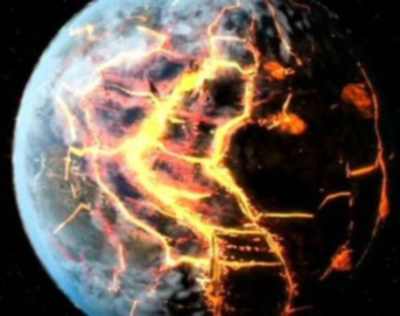 Americans have been the victims of relentless cruelty and psychological damage from the U.S. government. It is probably the most difficult thing to come to terms with when an American feels compelled to look at their own provider as a persecutor as well. The very definition of a provider also playing the role of persecutor is called the slave owner.

There is nothing wrong with questioning ones own government in the face of those who adhere to blind patriotism. Since 1913, the U.S. government has been the security force for the foreign, private and sovereign Federal Reserve. There is, nor has there ever been, someone who stands as the greatest benefactor of a society without having the greatest influence. The educational system and media has been used to socially engineer the American public to believe in a society that simply doesn’t exist. There is no America. You aren’t an American. According to legal code, the American Citizen is collateral for the Federal Reserve.

If every dollar you’ve ever made has been borrowed from a foreign, private and sovereign central bank at 1000% interest, then you’ve been unwittingly working as an agent for this foreign owned currency. This means that you cannot claim ownership of anything when you and your personal possessions are considered collateral. How can a true democracy exist as an organisation that can pledge the citizenry as collateral to a foreign institution? The answer is that it cannot. Perhaps there never was a real America as it has been explained or experienced. If you don’t own yourself, someone else owns you and that is clear and definitive slavery.

Your mind is the only possession that hasn’t been completely owned. We don’t live in a world where the legal code exists for the benefit of Americans as citizens. We live in a world where the legal code has been used for a money scam. If you can imagine that you live in a society where 90% of your money on the books goes to a foreign central bank, then you can also imagine that most of this money has been used to keep this a secret via socially engineering. In short. If I owned the only bank for Americans, I can force all Americans to howl at the moon every morning at 3 am by having my politicians write it into law. It is that simple.Until America becomes a sovereign nation, we do not own ourselves nor do we own our country. It is more appropriate to call the U.S. the UNITED STATES OF THE FEDERAL RESERVE. WW2 had nothing to do with anything other than delivering the nations of the world to be forced to recognize the UNITED NATIONS, the IMF and Israel as legitimate entities. If all heads of state answer to a foreign, private and sovereign central bank, then the UNITED NATIONS are simply a collective of militant bankers pretending to argue with each other while choosing what nations need to be corrected via military means.The laws are very direct and specific. The legal code is different than the law. One can reinstate their “Reservation of Rights” instead of being subject to legal code. Once these rights are secured again, you will be able to dictate what officers of the law can do with respect to your person or personal possessions. The law allows for rights to be obtained once established. The legal code assumes that the American citizen is not able to care for themselves and thus is seen as a possession of the state and is thus afforded “privileges”.

The difference between “Rights” and “Privileges” are night and day. The only reason that there is such a distorted picture of America with regards to legal code, is because the elite are afraid to death of Americans once again realizing their own power of movement and thought. The power has been transferred due to an encouragement of apathy and economic turmoil being unleashed on a defenseless population who mistakenly thought their government was working on behalf of the American population.

Americans don’t need the U.S. government anymore than African Americans needed slavery in the south. Every argument that these worthless, inhuman psychopaths in the U.S. government, will give you is the same argument that can be used to justify a return to pre civil war slavery. Everything in the world that is compulsory is tied to slavery.These American politicians that have the nerve to consider themselves human beings, let alone Americans, need to be tried for treason against the American people for crimes against humanity. We should draw the lines in the sand for the people who would support the U.S. government above the American people vs. those who would support the American people above the U.S. government. Every year we should ask our politicians if they think that America would be better off borrowing money from a foreign source as oppose to Americans printing their own money. That should be a simple yes or no answer. If any politician says foreign currency is preferable to domestic currency then the American people should take corrective measures themselves.This is all very confusing to anyone as the legal code was created for confusion and division. You don’t need to be a lawyer to understand that giving 90% of your money to a foreign bank is criminal. My channel has people available to discuss sovereignty, law, legal code, history and currency etc. Our time is offered for nothing in return. Please keep questions professional and concise.