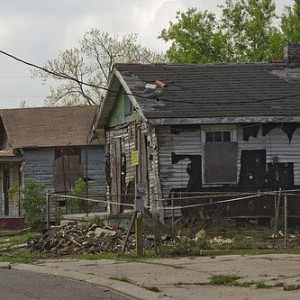 The 25 statistics that you are about to read are solid proof that the middle class in America is being systematically wiped out.  Once upon a time, the United States had the largest and most prosperous middle class in the history of the world.  It seemed like almost everyone owned a home, had a couple of nice vehicles and could provide a very comfortable lifestyle for their families.  Sadly, that has all changed.  In America today, prices are rising at a very brisk pace but incomes are not.  There aren’t nearly enough jobs for everyone anymore, and most of the jobs that are being “created” are jobs that pay very little.  The largest employer in America is Wal-Mart, and the second largest employer is actually a temp agency (Kelly Services).  In a desperate attempt to make ends meet, millions of American families endlessly pile up more debt, and millions of other American families find themselves forced to turn to the government for help.  At this point, more than 49 percent of all Americans receive benefits from the federal government each month.  The percentage of Americans that cannot financially take care of themselves is rising every single year, and our independence is being whittled away as we become increasingly dependent on the government.  Unfortunately, our politicians continue to stand aside and do nothing as our jobs are shipped overseas, inflation steals our purchasing power and the middle class continues to shrink.  The following are 25 stats that prove that the American Dream is being systematically destroyed…

1. According to the most recent numbers from the U.S. Census Bureau, 49.2 percent of all Americans are receiving benefits from at least one government program.

2. The U.S. government has spent an astounding 3.7 trillion dollars on welfare programs over the past five years.

3. An increasing number of employers are encouraging their low wage employees to supplement their wages by going on government welfare programs.  For example, McDonald’s workers that need help making ends meet are being instructed to go on food stamps…

McDonald’s workers who are unable to pay their bills or stay above the poverty line should find help from food pantries or enlist in government benefit programs instead of seeking higher wages, according to a company resource line meant to help employees.

Nancy Salgado has worked for the fast-food corporation for over 10 years yet still earns $8.25 an hour, barely more than the $7.25 federal minimum wage. With help from the worker’s rights group Low Pay Is Not Ok, she phoned the company’s employee hotline, known as McResource, attempting to find some answers on how to improve her situation.

A recording of the call was made available to CNN, which reported that Salgado asked the helpline operator multiple questions regarding how McDonalds would help her pay her heating bill, buy groceries, and whether she could afford to help pay for her sister’s medical treatment.

Despite never asking how much money Salgado earned per hour or asking how many hours a week she worked, the McDonalds representative said she “definitely should be able to qualify for both food stamps and heating assistance.”

4. Total consumer credit has risen by a whopping 22 percent over the past three years.

5. Student loans are up by an astounding 61 percent over the past three years.

6. According to the U.S. Census Bureau, median household income in the United States has fallen for five years in a row.

7. Right now the middle class is taking home a smaller share of the overall income pie than has ever been recorded before.

8. Ordinary Americans are being priced out of the housing market.  Today,nearly half of all home purchases are all-cash deals.

9. The homeownership rate in the United States is now at the lowest level it has been in nearly 18 years.

10. The gap between the rich and the poor in the United States is at an all-time record high.

11. U.S. families that have a head of household that is under the age of 30 have a poverty rate of 37 percent.

12. Every single day, thousands of Americans are receiving letters in the mail informing them that their old health insurance policies have been canceled.  According to a recent Kaiser Health News article, some companies have already sent out hundreds of thousands of cancellation notices…

The U.S. individual health insurance market currently totals about 19 million people. Because the Obama administration’s regulations on grandfathering existing plans were so stringent about 85% of those, 16 million, are not grandfathered and must comply with Obamacare at their next renewal. The rules are very complex. For example, if you had an individual plan in March of 2010 when the law was passed and you only increased the deductible from $1,000 to $1,500 in the years since, your plan has lost its grandfather status and it will no longer be available to you when it would have renewed in 2014.

These 16 million people are now receiving letters from their carriers saying they are losing their current coverage and must re-enroll in order to avoid a break in coverage and comply with the new health law’s benefit mandates––the vast majority by January 1. Most of these will be seeing some pretty big rate increases.

15. More Americans than ever find themselves forced to turn to the government for help with health care.  At this point, 82.4 million Americans live in a home where at least one person is enrolled in the Medicaid program.

17. Only 47 percent of all adults in America have a full-time job at this point.

18. It is hard to believe, but in America today one out of every ten jobs is now filled by a temp agency.

19. Approximately one out of every four part-time workers in America is living below the poverty line.

20. After accounting for inflation, right now 40 percent of all U.S. workers are making less than what a full-time minimum wage worker made back in 1968.

21. Today, the United States actually has a higher percentage of workers doing low wage work than any other major industrialized nation does.

22. At this point, almost half of all public school students in America come from low income homes.

23. The number of Americans on food stamps has grown from 17 million in the year 2000 to more than 47 million today.

24. Right now, one out of every five households in the United States is on food stamps.

25. An increasing number of Americans do not even believe that they have a pleasant retirement to look forward to.  One recent survey found that the percentage of middle class Americans that “plan to work until they die” is now higher than ever.

18 Stats That Prove That Government Dependence Has Reached Epidemic Levels