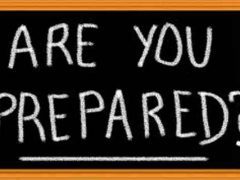 Biggest Stock Market Crash in History Coming-Are You Prepared? — Experts are Encouraging Americans to Stock up on Food, Guns and Precious Metals. He is best known for the “Rich Dad,… Read more »

We Asked a Military Expert How Scared We Should Be of an EMP Attack Electromagnetic pulses, or EMPs, usually show up in pop culture as a temporary way to disable… Read more »