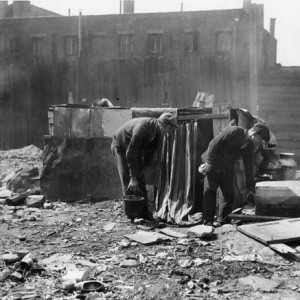 Most Americans who closely follow economics understand that all money in the United States comes into existence as debt.  Either the Federal Reserve creates it when the U.S. government borrows money, or private banks create it when they use fractional reserve banking to make loans to customers.  If lending increases, it is going to create new money and increase the money supply.  But if lending declines, it is going to take money out of the system and will

decrease the money supply.  So why is this important?  It is important because without sufficient lending, the U.S. economy will seize up and grind to a standstill.  Unfortunately, we have created an economic system that is fueled by credit, and without enough credit businesses can’t expand or hire more workers, individuals can’t buy homes and cars and there will not be any hope that the U.S. economy will function at previous levels.

If you will remember, this is what happened at the beginning of the Great Depression.  The big banks severely tightened credit and it created a deflationary depression.

Unfortunately, the same thing is happening again.  In 2009 U.S. banks posted their sharpest decline in lending since 1942.  In 2014 so far, bank lending in the U.S. has contracted at the fastest rate in recorded history.  A “credit freeze” has struck the entire banking industry.  One indication of just how bad the credit freeze has gotten is to look at a graph of the M1 Money Multiplier.  It is now at the lowest point it has been in decades.  Why?  Because banks are simply not lending money…. 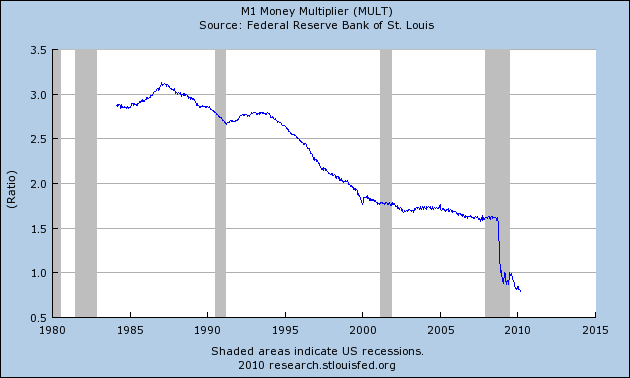 But didn’t Bush and Obama insist that if we got cash into the hands of the bankers that they would lend it out and help all of us “Main Street” folks out?

It didn’t work out that way, did it?

Instead, the banks (especially the big banks) are reducing their lending, hoarding cash and shrinking the money supply.

If this continues, we may very well experience a 1930s-style deflationary depression, at least for a while.

Already we are seeing the effects of tighter credit hitting the economy….

*Federal regulators on Friday shuttered banks in Florida, Illinois, Maryland and Utah, boosting to 26 the number of bank failures in the United States so far in 2014.  The closing of numerous banks on Friday is almost becoming a weekly ritual now.

*The FDIC is planning to open a massive satellite office near Chicago that will house up to 500 temporary staffers and contractors to manage receiverships and liquidate assets from what they are expecting will be a gigantic wave of failed Midwest banks over the next few years.

*The U.S. Postal Service, facing a $238 billion budget deficit by 2020, is being urged to consider cutting delivery to as few as three days a week.  As money continues to get tighter, we should expect even more government services to be cut.  In fact, some local governments around the U.S. are considering bulldozing whole neighborhoods just so they don’t have to spend money on providing those neighborhoods with essential services.

So will the U.S. government come to the rescue?

Well, some would argue that the unprecedented spending by the U.S. government over the past several years is the only reason why the U.S. economy has not already plunged into a full-blown depression.

But of course all of this government debt is only going to make our long-term problems even worse.

The Congressional Budget Office is projecting that Barack Obama’s proposed budget plan would add more than $9.7 trillion to the U.S. national debt over the next decade.

That is not good news.

Especially if the Federal Reserve refuses to keep “monetizing” all of this debt.

During a recent hearing, Federal Reserve Chairman Ben Bernanke warned Congress that the Federal Reserve does not plan to continue to “print money” to help Congress finance the exploding U.S. national debt.

So if the Federal Reserve will not finance this gigantic pile of U.S. debt, who will?

Already China and some other major foreign powers have reduced their holdings of U.S. Treasuries.

But don’t count on it.

You see, if the U.S. government does not keep borrowing insane amounts of money to pump up the U.S. economy the whole thing could come down like a house of cards.

Of course it is all going to come down like a house of cards eventually anyway.

There are several ways that all of this could play out (deflationary depression, hyperinflationary implosion, societal collapse, etc.), but all of them are bad.

The truth is that an economic collapse is coming whether you or I like it or not.  We had all better get ready while we still can.

The Shocking Truth About How Barack Obama Was Able To Prop Up The U.S. Economy