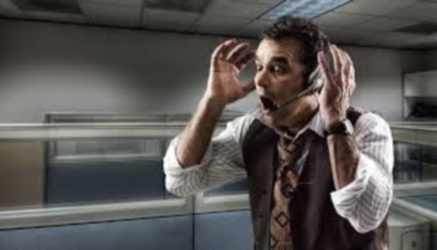 Will Americans be able to handle the next Great Depression?  The truth is that most Americans today simply do not possess the strength of character to handle losing their jobs, their homes and the inflated lifestyles that we have all enjoyed by spending beyond our means.  During the Great Depression of the 1930s, things were different.  Family units were much stronger, people knew how to rely on each other and most Americans possessed enough morality and inner strength so that they did not freak out when things went from bad to worse.

But that is not the case in the United States today.  Instead, Americans have become a bunch of spoiled brats who come apart at the seams at the first sign of trouble.  We pushed prayer and the Ten Commandments as far out of public life as we could and instead we filled our minds with literally thousands of hours of character-rotting entertainment.  Now our families are falling apart, we’ve raised entire generations who expect the world to be handed to them on a silver platter, and we’ve got tens of millions of crybabies who don’t have any concept of how to respond to hard times.

But hard economic times are coming.  In fact, for many Americans they are already here.  So how will most Americans respond when they start losing their jobs and their homes?  Well, the truth is that we are already seeing a lot of people “go postal” because they simply do not know how to handle these setbacks.

The reality is that an economic collapse does not have to be the end of the world.

Unfortunately, we are likely to see an increasing number of spoiled Americans throw temper tantrums as the economic collapse goes from bad to worse in the years ahead.  The U.S. financial system is literally coming apart at the seams, and at this point there is very little that can be done to prevent a total economic breakdown.

Because the collective morality of America has experienced a catastrophic collapse.  People care very little about what is right or wrong anymore.  What they care about is what is going to make themselves happy and comfortable.

The only thing that has been keeping the entire U.S. from turning into New Orleans right after Hurricane Katrina is the relative level of affluence that we are all still experiencing.  Yes, things are not as good as they were, but the United States still has one of the highest standards of living in the world.

If you want to get an idea of where the U.S. is headed, go spend a few days in Detroit.  Once one of the shining examples of the American Dream, today many areas of Detroit resemble a war zone.  The real unemployment rate in Detroit is somewhere up around 45 or 50 percent and the crime rate is shooting through the roof.  Vandalism is rampant and some houses in the worst areas are virtually unsellable because they aren’t even worth the taxes that must be paid of them.

When people get desperate, their true character comes out.  When the U.S. financial system completely fails one day, the thin veneer of civilization that we all take for granted will evaporate in a matter of days.

At that point we will all wish that we had paid a lot more attention to teaching our kids about “character” and “morality”.