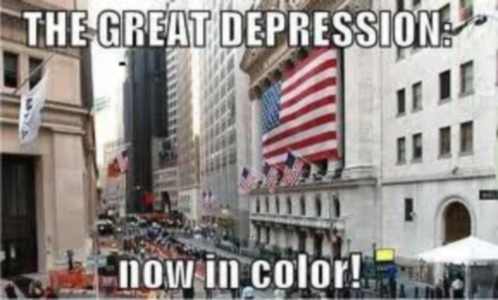 Market indicators over the past two months in Europe have been signalling an economic slowdown, with the potential for total economic collapse increasing over the past few weeks. The US markets have dropped more than 1000 points since their highs in March, and on Friday, all gains for the year were completely wiped out after the shocking jobs report was issued.

Additionally, a new study from a former hedge fund manager on May 31st outlined that for the first time in the economic cycle, economies did not recover all their losses from prior recessions before going into a new one. The conclusions point to the need for a complete reset of the financial systems, as capitalism and central bank intervention (money printing) no longer have any real effect on economic growth.
Based on all the information that I have received from a large number of sources, I believe a global economic collapse could take place sometime between June 2014 and October 2015, with the objective of introducing a one world currency.

So what can a person do to prepare for a complete collapse of the global financial system?
If you haven’t had the chance to see an economic collapse, don’t worry – we are in the middle of a global one right now. If you don’t believe me, just read some financial articles on this site, gleaned from other sources.

Europe, Asia, the Americas – all large population areas that have at least one country in the middle of a monetary meltdown.

From riots in Argentina to the Ukraine, excessive spending in China and the United States, sound fiscal policy has gone the way of the dodo and the people are paying the price.

The year 2014 will go down as a year of epic fiscal failure. But you don’t have to fail. Let’s break this down into simple key words.
These events occur fast, but there are warning signs: lack of investment; higher interest rates; unemployment. When banks start coming up with excuses so as to not give you your money right away when closing an account, that’s usually not a good sign.

As for inflation and hyperinflation, they happen right in front of your eyes. It actually happened to me that the price of an item I picked in a store almost doubled in price by the time I reached the cash register. The employee just placed the sticker with the new price over the old one (no time to remove them) Employees rushed around changing prices several times a day, all day long during the ongoing crisis. It was fun to peel back the stack of stickers with the different prices and see how they had gone up in a matter of hours. Rioting happens fast, too. Once the banks close rioting is just minutes away.
The stock market dropped like a rock, then shut down. What surprised you the most was how everything was simply frozen in expectation. No one wanted to spend a single cent, not even to buy half a gallon of paint for a work site because you just didn’t know what would happen in a matter of hours, let alone next week. The biggest investors had sold and left the country months before everything went down. Another sign to look for.

Experts are warning that the economy is going to get worse over the next couple years. If things get bad, and money starts to become scarce, or worse yet it becomes totally worthless, do you know what you will do? What if we suffered a total economic collapse? Are you prepared to survive?
If you haven’t already, it’s time to put together a plan of action.