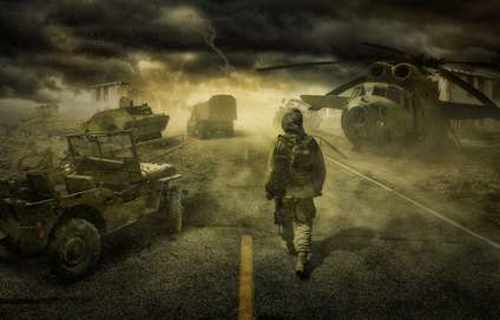 Would you be prepared to survive a nation-wide blackout?

A Nuclear Electromagnetic Pulse (EMP) is a burst of electromagnetic radiation created by nuclear explosions. North Korea & Russia has threatened and boasted about their capabilities for using an EMP, which means they will fire the nuclear weapon into the atmosphere over the US.

If an EMP was fired over the US, it would not only devastate the electrical grid of a country along with all its infrastructure but this would lead to widespread casualties. There would be an indefinite blackout because of the EMP, and Military Commanders have been running drills in practice for a situation of chaos caused by a mass failure of the power grid. In the case of any nuclear attacks, radiation is the main thing to be worried about but in the case of an EMP, the radiation is mostly absorbed by the air in the atmosphere above where it is detonated. Using the EMP as a weapon may be desirable for North Korea & Russiaas it requires less accuracy, and an EMP blast could affect a 700-mile radius (1126 km).

The only spot that will be unaffected will be the small area exactly under the explosion close to the ground where the Earth’s magnetic field will create an eye of the storm. The EMP would only need to hit a general area of the target to cause significant damage. Until an EMP actually happens it is hard to know exactly what will happen. Former CIA Director James Woolsey has said that he believed this type of attack would cause society to collapse leading to a high number of American casualties.

“How does an EMP work? EMPs are rapid, invisible bursts of electromagnetic energy, they occur naturally in nature during a lightning strike and hence cause electrical disruptions nearby. A nuclear EMP, however, can affect an entire continent and destroy modern electronics on a colossal scale. A nuclear explosion doesn’t always mean there will also be an EMP. The nuclear explosion causes an invisible burst of gamma rays which are a form of light and a small amount of the bombs energetic yield is emitted as gamma rays. The energy released into the atmosphere accelerates negatively charged particles and electrons in the atmosphere and sends them towards the planet’s poles in a corkscrew-like pattern. The electrons respond by letting off this new energy as electromagnetic radiation. This surge of energy in the form of an electromagnetic pulse happens within a fraction of a microsecond and shocks electronic devices. The radiation emitted can be picked up just like radio waves are picked up by antennas. When the radiation passes through a phone or a computer the device catches this powerful pulse that generates a rogue current of electricity that moves through the device’s circuits and can destroy them. An everyday example of a tiny EMP would be turning on a microwave and your phone’s Wifi or Bluetooth drops off momentarily. When it comes to creating an EMP the more disastrous the EMP corresponds to how high up in the atmosphere the blast occurs. At a high-elevation, the gamma rays are more spread out and can reach a more widespread area. The low air density high up means the electrons can move more freely which will help maximise the intensity of the EMP.”

How to prepare for an EMP Attack

An electromagnetic pulse (EMP) attack is a threat few Americans are familiar with, yet one which could easily destroy their lives.

What would you do if your electricity suddenly went out and didn’t come back on for months or even years? How long would you last with the food in your pantry, the bottled water you have shelved, and your net worth reduced to the cash in your pocket? These are the factual consequences of an EMP attack.

A single EMP attack could disable all modern electronics in the United States, eliminating communications, food, water, transportation, medicine distribution, and our financial system. You will need to recognize the scenario and be prepared for the ensuing catastrophe. Tragically, those who have not prepared most likely will not survive.

Build a Faraday Cage This is a metal box that is designed to protect item inside from an EMP attack although the effectiveness of it depends on the magnitude of the strike. You can make a Faraday Cage from old microwaves, metal filing cabinets, and aluminium cans and insulate with cardboard for added protection from the elements.
An EMP will affect all cellphones, wifi and other communication devices and so a two-way radio is a good tool to have for backup. A two-way radio is the best way to contact nearby family or friends during an emergency, but make sure to store the radios in your Faraday Cage. Don’t forget the batteries.

Food storage In an EMP emergency all food supplies will be decimated and so food will become an extremely valuable commodity. Build up a food storage of canned goods and keep building this supply it will be incredibly handy. Batteries Battery operated electronics may just stand-up to an EMP so get a battery operated lantern, and radio, but stock up on the batteries too. Batteries alone will not be affected by an EMP but batteries in a device will be ruined.

EMP is a potentially devastating threat to every life in this great land. This is a scenario well-respected scientists have been predicting for some time and one that becomes more likely with increased global tension and our own technological dependence. If survivability were possible through simple disaster preparedness and basic understanding of the situation, how could you not justify taking those actions on behalf of your family and your country? You owe it to yourself and your loved ones to at least consider the threat.

Why should I can my own meat?
If you’ve ever tried to buy food in bulk but realized you don’t have nearly enough freezer space, you’ll find that canning your own meat can be great for storage. There’s no need for freezing or refrigeration. Canning can also be great for when you want to give away food as gifts during the holidays. 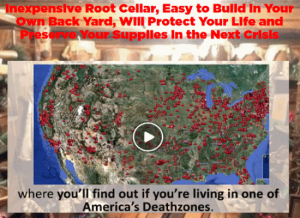 2 thoughts on ““Anonymous: American Blackout Are You Prepared?””