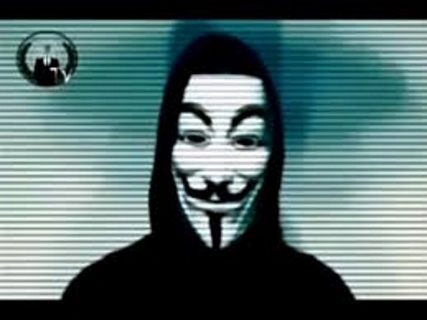 Martial law is right around the corner. Do the Police wear tool belts designed TO HURT YOU? Agenda 21: Jade Helm 15: FEMA coffin liners. The economy is collapsing – Are you living under a rock?

What’s Anonymous? These are both good questions! What is Anonymous? Answer Anonymous is a group of hacktivists that work in force to accomplish our goals. This is a very polite introduction into the world of Anonymous.

Look in the mirror, you are a slave – white, black, any race. We are not telling you a lie we are showing what to expect. Anonymous wants you to know that 5 Billion dollars of surplus military weapons have been shipped to police departments IN YOUR City or Neighborhood.

This video in addition to all anonymous videos on this channel are not my creations but the creations of individuals with in activist collective known as Anonymous. Re-posted for open information sharing and networking purposes.

We must peacefully rise together, against police brutality, police repression, and against state violence. This is no longer a protest. This is an uprising. The time has come for more than simple justice for these atrocities. The time has come to draw a line in the sand and say, no more police killings, no more beatings, and no more deaths. Anonymous stands with the people that do not have a voice. We stand with the people united and together we say no more.

This video in addition to all anonymous videos on this channel are not my creations but the creations of individuals with in activist collective known as Anonymous. Re-posted for open information sharing and networking purposes.

If you truly want the full evidence. You MUST do your own research before our government shuts the internet down from public access which will happen very very soon. If you do not think this will effect you. You are sadly mistaking. Please do all means to get humanity united. We have too little time left to make a worldwide difference.