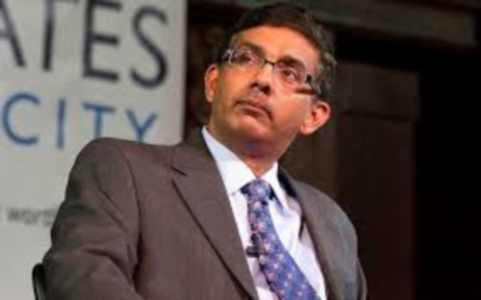 Political analyst Dinesh D’Souza made some startling predictions about the second term of Barack Obama – and now he has released a fresh, eight-minute addition to the film revealing how the president plans to “take America down a notch.

Obama is messing this country up. I not saying Bush was perfect but Obama is terrible am sorry but its true. I’m a 16 year old kid and all I hear in school is Obama is our king and savior he’s perfect. I don’t even learn about what’s going on with our country and the world. I am a straight A kid but I don’t get to learn about our government. I learn about the past, and the future is never taught. I am basically going to graduate and head into the world blind. I will have no clue on how our economy works. It’s  going to be my job my kids job my kids job to fix all the wrongs with this country. All you people that love Obama are to blind to realize that he has literally screwed us hard. Obama is also setting a good example on showing everybody that its ok to be friends with a terrorist that got away with murder. Obama is a good friend with bill layers that jag off. He also lets 5 terrorists free in trade for Berghandal. Bergndhal is a deserter. He abandoned his unit. He tried to join the Taliban. He got six marines killed when the went on a rescue mission for him. There was no respect for those men that gave their lives to save a man that wanted to join the enemy. Also its real smart of Obama to send in 300 marines back into Iraq. His wife is great to. Ever since that pass the plate crap all the drink machines and food machines were taken from our school us crises

She wants us to eat healthy food which is ok but the food we are feed at cafeteria is no better than a coke or a bag of potato chips. Answer this were was Obama when that oil crisis happened in the ocean. He was golfing with tiger woods. Wow such a great president. Again he also has that Obama healthcare for people that don’t work. Here’s an example. A bum has a broken arm he gets to go and get that fixed right away but when a elderly man or women has a heart issue they have to wait a month of 2. Sam3 with soldiers. Its bull crap. On I funny I saw in collective a picture of a bum holding a sign saying ned0ed money. The person that posted that said why don’t bums get a job that involves holding signs. That man or women is a genius. Also we got them politicians’ who are crooks and should be removed. At least with bush he kept gas prices somewhat the same with Obama its all over the place. All the people that think Obama is great should wake up and realize he has messed this country up. We Re also on verge of world war 3 and Obama has his head stuck up his own rear end.

“Support MH17 Truth”:No Evidence of a Missile Attack. Shot Down by a Military Aircraft?

1 thought on “BEFORE 2016 OBAMA PLANS TO TAKE AMERICA DOWN”