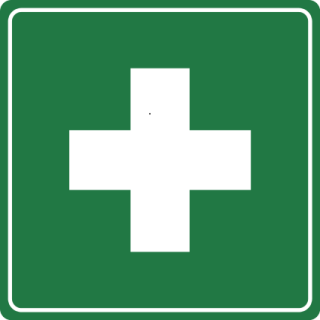 The purpose of survival culture is to assess and address probabilities and uncertainties, and of course, prepare accordingly. We view assumption as the greatest Achilles Heal of humanity, and disdain attitudes of complacency, apathy, and general stupidity. For us, wide eyed and naïve ignorance is a fatal disease; one that gestates during the best of times, and strikes mercilessly during the worst of times. That said, there are some scenarios which even survivalists do not like to think about.

Being shot, or, hit with indirect shrapnel, is not a problem many of us want to imagine having to deal with. Some preppers, believe it or not, refuse to acknowledge that fighting may ever occur. They may think that the coming collapse will be mitigated and that government tyranny will fade away along with the financial structure. They may have a rather irrational faith in the effectiveness of digital currencies and other questionable technologies in defusing future crisis. They might even see themselves as “invincible” or untouchable, believing that their training will trump any circumstance. However, historical precedence cannot be denied. Most economic disasters over the past century have led to eventual widespread war, internal conflict, surges in domestic crime, government brutality, or, all of these violence prone situations combined. And, no matter how much training you might have, there is no accounting for being in the wrong place at the wrong time.

Ideally, the best method for dealing with a gunshot wound is to not get shot. Since there is absolutely no way to guarantee such luck (even people who avoid conflict can still be a victim of it), we must set aside some money, and space in our bug-out-bag, for a fast and effective medical pouch designed specifically for a traumatic combat injury.

This means a kit entirely separate from our general purpose medical supplies that is easy to get to not just for ourselves, but also for others who might be trying to save us. I recommend this kit be standardized amongst those in your survival community so that everyone has the same setup, and understands the functions of each item within the kit. It is also important to avoid the mistake of centralizing all medical functions into the hands of a single person within your community. Every individual survivalist should have their own trauma package, or what the military often calls a “blowout kit”, so that their resident medical expert does not have to bear the full burden of purchasing supplies, and redundancy is maintained. Med gear runs out very quickly during social collapse. Don’t assume others will have it for you when you need it…

The point of this kit is to stop bleeding as swiftly as possible so that the bullet or shrapnel can be removed and the wound sealed. There are many premade blowout-style kits on the market today, but from my research, the mark-up on most of them is too high, the items are often substandard quality, and, they are always missing certain vital gear that you will have to buy later anyway. Building your own is not difficult; here is a list of essential items, all of which are used by EMT’s and Military personnel, to get you started.

Medical Pouch: A small medical pouch with molle straps allows you to keep your trauma kit on the outside of your pack if you wish, clearly marked so that your teammates can find it and use it.

Battle Dressing: A large compression bandage usually found in surplus stores. It may be wise to supplement this battle dressing with a large surgical dressing to ensure heavy bleeding is controlled. The more blood lost, the more likely the wound will result in shock, and fatality.

Roll Of Gauze: For wrapping the wound and aiding in compression.

Medical Tape: Most veteran medics I have discussed gunshot response with have told me that medical tape is the first item to disappear during crisis. Stock extra, and make sure all the people you work with have some in their kit.

Nitril Gloves: These emergency gloves are thicker and stronger than standard latex gloves, and do not cause reactions in people allergic to latex.

Extra Long Tweezers: All foreign materials and shrapnel must be removed from the wound in order to avoid infection later. Sometimes, a bullet impact will carry bits of material from clothing deep into the wound channel, and long tweezers will be essential in their removal.

Hemostat Forceps: Used to clamp off damaged arteries in order to stop bleeding while repairing a wound.

Celox Blood Stopper: A coagulating agent that can be poured into the wound to quickly stop bleeding. Does not need to be cleaned out before the wound is closed.

Celox Granule Applicator: An injector with plunger used specifically for combat wounds. Insert the applicator as far into the wound channel as possible, then push in the plunger and slowly back the applicator out. Celox blood stopper is injected into the core of the wound.

Irrigation Plunger: Wounds should be irrigated with a non-abrasive sterile solution, such as saline, in order to help avoid infection.

Small Bottle Of Hydrogen Peroxide: Use to sterilize your hands and tools. Do not use on the inside of wounds.

Halo Chest Seal: The best seal for chest wounds on the market. Glue on the seal works even when damaged area is bloody or unclean. Stops all air loss through the chest when a lung is punctured. Contains two seals per package for a through-and-through gunshot.

Nasopharyngeal Airway: Allows for breathing in the advent of airway closure; also keeps ample oxygen flowing into the lungs which aids in preventing shock.

Sutures: There are many different sutures on the market, though the needle and thread versions are most common. Make sure your thread is silk, or any other material that will not cause an allergic reaction or infection. I also recommend storing Steri-Strip style sutures which can be used in instances where there is no time to sew up the wound. Your medical expert should also have a Surgical Skin Stapler on hand, which is much faster and less painful than thread sutures.

Large Instant Heat Packs: One of the primary concerns with traumatic wounds is “shock” caused by blood loss to internal organs and the brain. Once a wound is cleaned and closed, there is still a danger of shock, and the patient must be kept as warm and comfortable as possible in order to promote free blood flow. Standard procedure is to wrap the wounded in a blanket and elevate his legs, however, I would note that a blanket only retains the heat already being produced by the body, which, after trauma, may be reduced. I recommend storing at least two large instant heat packs in your kit; one to be taped to the chest area, and one taped to the thigh near the femoral artery. This will add hours of extra heat to the patient’s circulation along with the blanket and may make the difference between life and death.

Though this list might appear long, all of the items above are small, with little to no weight added to your pack. I have each of them in my own trauma kit, with space to spare. Total cost for this kit is around $120 or less, depending on your supplier. Other items you or your medic should have on hand for post-op on a combat wound are:

Antibiotics: Open wounds are also open doors to massive infection. Shock is caused usually by blood loss, but it can also be caused by expedient infection that damages internal organs. Antibiotics are usually needed to prevent this outcome after blood loss is stopped.

Isotonic Saline IV: An IV with isotonic saline can be administered to help replace fluids in the body and increase circulation.

Blood Plasma IV: Some preppers have their own blood or blood-type stored and ready to be administered by IV in case of a combat related injury. The process for such storage is beyond the scope of this article and I recommend further research with your resident medical expert.

It’s a sad thing that average Americans are being forced to plan for violent trauma to themselves, their families, and their friends, but this is the reality we will soon be living in. In Argentina, a moderate economic collapse resulted in social breakdown, rioting, looting, as well as organized pillaging in rural areas. Combat-related injury and death were common. In Bosnia, after a full-fledged collapse, snipers infested cities like fleas, and gunshot wounds were the norm. The U.S. has been sitting on the very edge of a full spectrum collapse since 2008, and regardless of what you might have heard from the mainstream media, nothing has changed since. The potential for a violent event in your personal life in the near future is very real. Accept this fact, prepare, and continue to live confidently in the knowledge that if the worst happens, you did everything you could to be ready for it.

Source : Alt-Market is an organization designed to help you find like-minded activists and preppers in your local area so that you can network and construct communities for mutual aid and defense.  Join Alt-Market.com today and learn what it means to step away from the system and build something better.