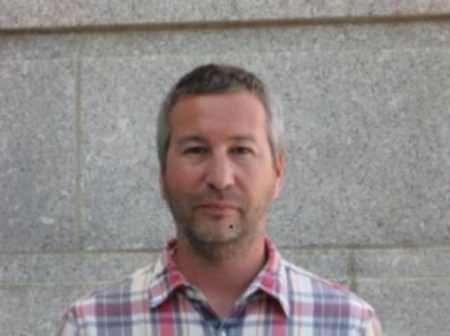 Dmitry Orlov is a Russian blogger who writes about the parallel between the U.S and the USSR.  Orlov lived through the financial collapse of the Soviet Union in the early 1990’s, and he thinks the U.S. is on the same trajectory.  Orlov contends, “The trajectory is defined by this sort of incompetent militarism where more and more money results in bigger and bigger military fiascos around the world and less and less of actual foreign policy that can be pursued or articulated.  There are massive levels of corruption.  The amount of money that is being stolen by the U.S. Government and its various appropriations processes is now in the trillions of dollars a year.  Runaway debt, the United States now has a level of debt that is un-repayable.  All we’re waiting for is interest rates to go across the magic threshold of 3% and the entire budget of the country explodes.  There are also all types of other tendencies that point in the direction of collapse and systemic failure at all levels.”

So, how close are we to collapse or system failure?  Orlov contends, “I am pretty sure that anyone who makes a prediction when the collapse will happen is wrong.  Nobody can say when it will happen.  It’s the same as saying a bridge that is structurally deficient; you don’t know when a truck is going to fall through into the river below. . . . You can be chronically sick for a long time, and then one day, you go into a coma or your heart stops.  You cannot predict what day that will happen.  Orlov does say, “The United States right now, from my point of view and the point of view from observers from around the world, is on suicide watch.  It’s a country that is going to self-destruct at some point in the near future.”

On the Ukraine crisis, Orlov thinks, “The Crimea referendum was the first legal way to find out what the people wanted to do.  The turnout was remarkable, and they voted overwhelmingly to rejoin Russia, to become part of Russia once again.  The interesting thing here is it was not just the Russians that voted to join Russia but the Ukrainians in Crimea, which makes a sizable part of the population voted to join Russia. . . Ukraine is composed of sort of a no man’s land in the West and then Russian territories in the East. . . .  If that trend holds, you are basically left with this insolvent nugget of nothingness, and it will be up to the international community to decide what to do with these people.  They are right now marching around Kiev with baseball bats and going into government offices and beating up members of local government and installing their own members.  They are basically running amok.  They don’t even have the support of the Ukrainian military at this point.  So, it will be a mop-up operation against these neo-fascists that are running amok.”  Orlov goes on to say, “In Washington, in the Obama Administration and in the Kerry State Department, we have absolutely breathtaking levels of incompetence.  These people really don’t know what they’re doing and are dangerous at any speed; and everywhere else, we have this follow the incompetent leader thing taking place, and it’s really, really frightening because the incompetents are leading the world to a really dangerous place.Orlov goes on to say, “What are these people doing trash talking the Russians?  What would these  people do without Russia?  How would they get out of earth’s orbit and visit the international space station?  Who would negotiate international deals with Syria and Iran because all they can do is blunder and lose face.”  Russia doesn’t need the United States for anything.  The United States is the most dispensable country on earth.”

On possible war between Ukraine and Russia, Orlov contends, “They are not going to fight because the Ukraine military is part of the Russian military.  There really isn’t any opposition.  The Ukrainian military will decide what to do in a few days, and then they will inform the Russians, and after that, maybe they will inform their own government.  Maybe they will just go into the government offices and just round them up.  Last I heard, 60% of Ukrainian military accepted Russian passports already.  The remaining parts are being shipped out to the mainland.  That is happening peacefully.  So, there isn’t going to be any fight.  The really important point is the Ukrainian military all over Ukraine does not support the government in Kiev.  They are withholding support, and what they really want is to join the Russian military. . . . The best thing Russia can do is sit back and relax and let this work out.  I don’t think the government in Kiev has any legs.”

After the Interview:
Dmitry Orlov is currently working on a new book that will be out later this year.  Orlov says, “The new book is about communities and what makes them resistant to adverse events such as financial collapse.”  Orlov adds, “The U.S., as a whole, is not resistant to shocks, but some parts of America are.”  You can find Dmitry Orlov at ClubOrlov.com.

Greg is the producer and creator of USAWatchdog.com. The site’s slogan is “analyzing the news to give you a clear picture of what’s really going on.” The site will keep an eye on the government, your financial interests and cut through the media spin. USAWatchdog.com is neither Democrat nor Republican, Liberal or Conservative. Before creating and producing the site, Greg spent nearly 9 years as a network and investigative correspondent. He worked for ABC News and Good Morning America for nearly 6 years. Most recently, Greg worked for CNN for shows such as Paula Zahn Now, American Morning and various CNN business shows.

1 thought on “Collapse and Systemic Failure at All Levels Coming to U.S.-Dmitry Orlov- do you prepare for this?”