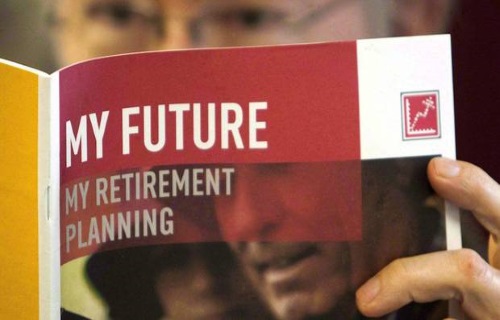 The Deep State War on Trump

The real story behind the Russia hysteria.
The left will never give up. They said so after the election. War is inevitable. This is what must be.

Who are the (((Globalists))) and the (((Deep State)))?
The Jesuits are at the Top of the pyramid. The Vatican and black pope pull all of the puppet strings. High ranking Jesuits are luciferians and they want global dominance. Jesuits have infiltrated every sect of society. Many are in secret societies – and pose as charitble ‘christians’. Many also pose as cypto-Jews, AND pose as muslims too. BUT they all have one aim. To rule the world with total papal power and authority. They believe they are gods. They worship Lucifer and believe they are gods. Heros. If you don’t know what the Noahide laws are, study it. Because that’s what American’s will soon be forced to be under. Anyone who refuses to worship the papal system of religion, politics, and economics will be rounded up and sent to FEMA camps and executed. Belief in Jesus Christ is considered blasphemy and all who will not denounce this ‘heresy’ will be beheaded. Anyone who refuses to be RFID “chipped” will not be able to buy or sell in the new economy, and will be rounded up and ‘exterminated’ like rats. Rome and the Vatican are the Seat of Satan.

USA are trying to implement a law that requires EVERYONE WORLDWIDE to be IMPLANTED with an RFID microchip. They’re trying to make it out to be a “good” thing for us, stating that it will make life easier and also reduce crime because no one will be able to make a move or speak a word without the government knowing about it. However, this chip is just another method of government control and a step closer to a NEW WORLD ORDER! With this RFID chip, all of our money, information, medical history and EVERYTHING will be programmed into this chip. No more Social Security Cards, Birth Certificates, ID Cards/Driver’s Licenses, credit/debit cards, bank accounts or ANYTHING.

All of this information will be on the implanted RFID chip and the government will have the right to withdraw money from your RFID implant for money you “owe” them anytime they want, with or without your consent or knowledge. This will also enable the government to track you at any given moment, for any reason, with or without , again, your consent or knowledge.

The RFID chip also has a microphone so that the government can drop in and listen to you anytime, anywhere, for any reason, and , you guessed it-with or without your consent or knowledge. And here’s the best part-if you REFUSE to be implanted with the RFID chip, the government will deactivate your chip and you will have NOTHING! No SS #, NO BIRTH CERTIFICATE, NO MONEY, NO NOTHING. WITHOUT THE RFID CHIP, AS FAR AS THE GOVERNMENT IS CONCERNED, YOU DO NOT EXIST AND CANNOT BE AN AMERICAN CITIZEN. Now, because they are trying to make this a worldwide requirement, you will not exist PERIOD! THERE WILL BE NO WHERE THAT YOU CAN GO. You will have no money, no place to live, no vehicle, no family-nothing. Now, I don’t know about you, but to me, this does not sound like a “good” thing. PLEASE, reject this law. Protest against it. Let them know that we will NOT be tagged like animals and treated like property. If we don’t stand up for our rights and freedom, no one will. We CANNOT just sit back and let this happen.

Google “RFID chip” to research for yourself. They have already implanted the military and government officials with this chip, but theirs say that they’re “untouchable”, meaning that they cannot and will not be required to adhere to the same laws and policies that WE are required to and, thus, will not be shot or otherwise done away with because they refuse to comply. There’s two sides to this fence. On one side you have the “government elitists” and military, and on the other side, there’s us. The “retarded cattle”, as they think of us. Personally, I don’t want to be on either side. I want to be ON the fence, where we’re all equal, free and respected. If you want the same and/or are opposed to this RFID chip, stand up and be heard. One person cannot change the world, but if we stand together, we will win! WE ARE ONE and as ONE, cannot be defeated.

As we enter what ‘should’ be the home stretch of Obama’s reign of terror, expect the next few months to be one hell of a scary ride. In the first half of 2016, Obama has already pushed the envelop on several issues, but one topic that hasn’t gotten much attention lately is the topic of FEMA Camps designed to detain American citizens. Presumably, the only way any sane American would end up in a FEMA Camp is through the use of force, which implies that the implementation of Martial Law will probably occur before the camps begin filling up.

First, before discussing the rather obvious signs that American society is a powder keg just waiting to blow, and we have a narcissistic lunatic in the White House who would be all too eager assume the role of dictator, let’s dispel any notion that FEMA Camps are “conspiracy theory.”