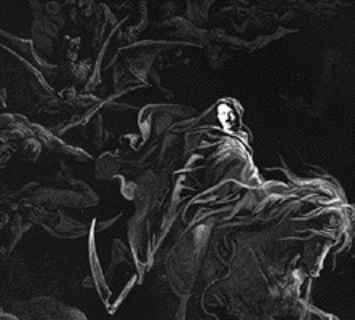 I use the term “epocalypse” to name the last days of the global economy as we know it — a global economic collapse of biblical proportion. It iseconomic, epochal, an apocalypse that will change the world and a collapse … all in one word that sounds the right size for what I’m talking about. Call it the “Great Collapse” or the “Epocalypse.” Whatever you call it, it’s about to change the world.

RELATED : AMERICA’S DEATH ZONES: WHERE NOT TO BE WHEN IT HITS THE FAN

I am referring to an economic crisis so big that the global economy will be forever different after those days. This economic collapse has already begun throughout the world, but I am holding off on using the title “Epocalypse Now” until the US stock market joins the crash. That’s the point at which we’re all in (i.e., at a level where everyone knows it and denial that it is happening falls apart). I anticipate making that call in a matter of days now. Here is where we stand at present: 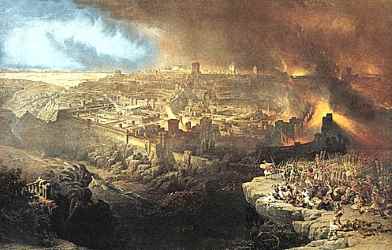 Open your eyes to a wider scope than just the US stock market, and it’s as if a fog lifts all around you to reveal a war-ravaged landscape. It may not be like the landscape described in the New Testament book, The Apocalypse (The Revelation), but it’s moving in that kind of direction. Let me describe what is already unfolding in case you haven’t caught the big picture.

RELATED : 20 LONG LASTING FOODS THAT SHOULD NOT MISS FROM YOUR SHTF PANTRY

RELATED : 25 Things That You Should Do To Get Prepared For The Coming Economic Collapse

The ISIS Apocalypse: The History, Strategy, and Doomsday Vision of the Islamic State

Economic collapse developing in the US

RELATED : How To Prepare For An Economic Collapse–For The Difficult Years That Are Coming?

RELATED : How to Avoid Being Captured If You Are On the Red List

That’s the large picture. When you see large blocks of it all at once like that, you get more of a sense of the scale of economic collapse that is coming. Note that none of the enormous pressures above appear likely to reverse anytime soon.

My conclusions about global economic collapse in 2015

Major hedge funds collapsing, only ten stocks carrying the whole stock market, junk bonds failing rapidly, commodities crashing spectacularly and for the long term. Are these not the four horsemen of an economic apocalypse? Is that the company you really want to ride with. If not, get out!

The US stock market is teetering on collapse just as the Fed is ready to raise interest — the perfect timing I have predicted all along for Fed foolishness. The perfect storm. As a reader of this blog, you have the advantage of knowing what the Fed will do, when it will do it, and how oblivious it will be to understanding that it is crashing its own false economy. You can’t do anything to stop the Fed’s childish ignorance. You can only watch it unfold from as safe a seat as you can find. So, find it quickly.

Clearly, 2015 is a year when things fall apart as a result of the end of quantitative easing at the end of 2014. The year has unfolded just as I said it would. If you’ve been around this site for awhile, you know I said that the big stock market plunge in September-October of 2014 marked the end of the bull market. Hindsight now verifies that the US stock market has bounced hectically sideways along an obvious ceiling ever since. The slope of the bull is long gone.

Why should it have been obvious that 2015 would go this way? Anyone understanding economic fundamentals can see that the “recovery” is a mirage created by TRILLIONS of dollars of free money — a mirage that would, therefore, fall apart when the free money stopped that was sustaining it becausenothing has been done to establish an economy built on anything other than endless mountains debt as its foundation, which was the cause of the initial economic collapse that we called “The Great Recession.”

Almost-free money continues under the Fed’s low-interest program. So, when the Fed raises interest next week — a nearly certain likelihood — the remainder of support to the bubblistic, mirage economy falls away. The false recovery vanishes as soon as the wizard’s magic ends. I have said for years now that the illusory recovery is completely unsustainable because our only solution to the Great Recession has been to prop up the old dying regime as long as we could to milk it for all its worth.

When the government reacted to the Great Recession many years ago, I used the metaphor of a snow plow, which is supposed to push the snow off to the side, not straight ahead. I pointed out that, if you push the snow straight ahead, it piles up until the snow plow is no longer able to push it. That, I have said all along is all we are doing — just pushing our mountains of debt higher and higher ahead of ourselves as our sole answer. (“Kicking the can down the road,” as congress often said (and did).) 2015 is the year the snow plows lost traction. That’s all you’ve heard all year is the screech of spinning tires. The end of 2015 is the time the epocalypse begins — a great economic collapse that will ultimately lead to global economic transformation because a global crisis will seem to demand global solutions.

What is truly needed is freedom from the addiction to and bondage of debt along with justice brought against colossal greed, instead of bailouts. That is one global answer that would work — a biblical “Year of Jubilee,” in which all debts are dissolved everywhere in the world — a global reboot that ends the tyranny of the 1%.

That would be a move for justice against the stockpilers of greed. You’d lose much of your retirement fund, but you’d also lose your mortgage and all other debts; and you’re likely to lose much of your retirement fund in the days ahead anyway, unless you move your money to cash, and even that has some peril. A “Year of Jubilee” would reset the whole playing field on a level plane.

Instead, we’ll see global answers that keep the majority of the world indebted to the minority and that consolidate the power of those already in power. You’ll see a loss of human freedoms in the face of anarchy and terrorism. Today’s people will readily give up their freedom in exchange for a sense of security. Gone are the days when brave souls gave up their own lives to assure human freedoms for others. Here are the days in which people will give up their own freedoms in order to assure their own lives.

RELATED : What Would You Do If The Lights Went Out? American Power Grid Danger – EMP? TERRORISTS?

That, however, is writing for another time. It is too soon right now to say such things, as people have not seen the epocaplyse that will change the world. Therefore, it seems too dismal by present measures to imagine such surrender of freedom is possible, much less likely. Nevertheless, that is the trend I see, but the first measure of the accuracy of that insight will be whether the epocaplyse comes this year, as I have maintained all year long it will. If I’m wrong, I’ll go away, as the world does not need dismal people, but one is not dismal if he is simply right. In that case, he cannot help that the truth doesn’t look good. Better to see it for what is than to be blindsided by ti.

The epocalypse has already begun in most of the world. Look for it to materialize clearly next week as the Fed raises interest. In fact, look for it to materialize even if the Fed does NOT raise interest. The Fed is damned if it does and damned if it doesn’t. Their magic has ended. Because the entire market is now anticipating the Fed will raise interest, based on the Fed’s own telegraphed messages, the Fed will send shock waves through the market if it does not follow through. If the Fed cannot raise interest even when all of its job gauges are where it said it wants them, that would say to many people that the Fed doesn’t believe in its own recovery either.

I am certain, however, that the Fed does believe in its false recovery, and am confident it will end its stimulus with the worst possible timing. That’s why I’ve predicted unflinchingly that the US stock market will crash this fall. The global economic collapse that I also predicted for this year, is clearly already happening; but for US citizens, it will take a stock-market crash to convince them that the end is here.

While JP Morgan and Citi were finally smart enough last week to put the likelihood of a recession at 65% (after years of talking about “recovery” as if it were happening), they were also safe enough in hedging their prediction to give that a three-year time frame for happening. You can find much better precision and courage here. I’m stating a higher likelihood with a window now of one week. I’m not hedging my bets. Of course, it will take months to play out; but you’ll see the dramatic shift begin before fall has ended.

2015 was a year of moving sideways after the bull market ended. 2016 will be a long year of decline with many plunges along with some brief phantom rallies.

You’ve got a few weeks left to secure your financial positions. After that, things will change rapidly enough that you may not be able to get ahead of the wall of water that will be coming your way. Get as safely out of the way now as you can and watch it unfold from a position that is out of the way.(source)

WHAT WILL HAPPEN IF THE US$ COLLAPSE?