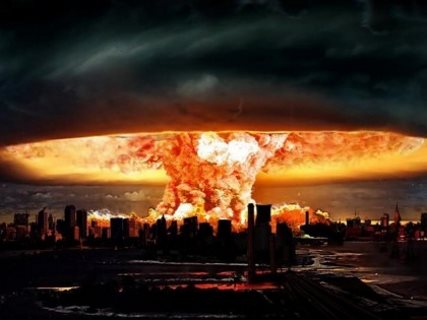 Whether we talk about a terrorist event or a solar storm experts agree that an EMP event is not a matter of if but when. Considering that the power grid across the United States is unprotected — an emp event will knock out our power for an unforeseeable future; immediately sending American life back to the dark ages. We invited experts James Wesley Rawles, Joel Skousen and Matt Stein to explain the most important actions one has to take in order to prepare for such catastrophic times.

RELATED : We Asked a Military Expert How Scared We Should Be of an EMP Attack

An EMP, which is a high energy burst of electromagnetic energy, could be released by a nuclear weapon detonated high in the atmosphere, and might completely knock out or fry any unprotected electrical system, as well as crucial automatic control systems, Maloof explained. In the event of a long term grid shutdown, there would be a cascade of catastrophic events that would sweep across the country, wiping out urban centers, with nine out of 10 people dying within the first year, he reported. Maloof noted that 2013’s Shield Act would implement protection of the electrical infrastructure, but it’s stalled in a House committee chaired by Michigan Representative Fred Upton

Forstchen observed that a powerful solar flare, such as 1859’s Carrington Event, in which telegraph lines actually caught on fire, is going to hit us sooner or later. A major solar event, in contrast to an EMP attack, would impact the entire planet, and the subsequent power losses would lead to curtailed food and water supplies, the outbreak of disease, and the breakdown of society, he outlined.

The power grid just received its “grade card” from the American Society of Civil Engineers (ASCE) and it barely passed. (The overall rating of our antiquated electrical system was a D+.) The American Society of Civil Engineers power grid grade card rating means the energy infrastructure is in “poor to fair condition and mostly below standard, with many elements approaching the end of their service life.” It further means a “large portion of the system exhibits significant deterioration” with a “strong risk of failure.”

Such a designation is not reassuring …The vulnerable state of the power grid gets very little play by mainstream media outlets. Concerns about a solar flare or an electromagnetic pulse (EMP) attack instantly sending us back to an 1800s existence are legitimate, but it may not take such an extreme act to render the power grid a useless tangle of wires.

The majority of the United States’ infrastructure and public systems evaluated by the ASCE earned a “D” rating. It would take a total of $3.6 trillion in investments by 2020 to fix everything, the report card stated. To put that number in perspective, the federal government’s budget for all of 2012 was slightly more, $3.7 trillion.

The power grid has morphed in size tenfold during the past 50 years. While solar flares, cyber attacks, and an EMP are perhaps the most extensive and frightening threats to the electrical system, the infrastructure could just as easily fail in large portions due to weather-related events. The power grid is basically a ticking time bomb which will spawn civil unrest, lack of food, clean water, and a multitude of fires if it does go down. “”