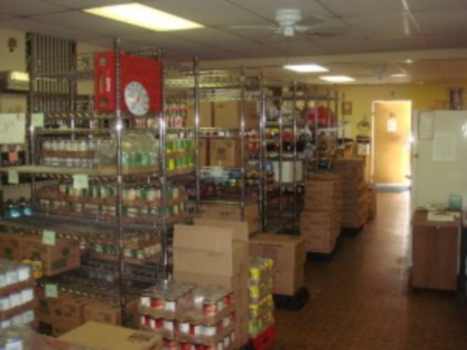 In America today, there are millions of “preppers” that are working feverishly to get prepared for what they fear is going to happen to America. There is a very good chance that some of your neighbors or co-workers may be preppers. You may even have noticed that some of your relatives and friends have been storing up food and have been trying to convince you that we are on the verge of “the end of the world as we know it”. A lot of preppers like to keep their preparations quiet, but everyone agrees that the prepper movement is growing. Some estimate that there are four million preppers in the United States today. Others claim that there are a lot more than that. In any event, there are certainly a lot of preppers out there. So exactly what are all these preppers so busy preparing for?

Well, the truth is that the motivation for prepping is different for each person. Some preppers believe that a complete collapse of the economy is coming. Others saw what happened to so many during Hurricane Katrina are are determined not to let that happen to them. Some preppers just want to become more independent and self-sufficient. There are yet others that are deeply concerned about “end of the world as we know it” scenarios such as terrorists using weapons of mass destruction, killer pandemics, alien invasions, World War III or EMP attacks.

But whatever the motivation is, the prepper movement is clearly growing. Today, millions of Americans are converting spare rooms into storage pantries, learning how to grow survival gardens and stocking up on everything from gas masks to auxiliary generators.

Recently, the Salina Journal gathered together about two dozen preppers. What they found is that there is a tremendous amount of diversity among preppers, but that they also clearly share a common passion….

Never before in U.S. history have we seen anything like this. We are at peace and most of us still have a relatively high standard of living and yet millions of Americans feel called to start preparing for the worst.

A lot of preppers don’t like to publicize the fact that they are prepping. As the Salina Journal discovered, a lot of preppers try very hard to keep their prepping to themselves…..

Other people make the most of what they already have. It is absolutely amazing what some families are able to do with limited resources.

REL:ATED : “All The Prepping In The World Is Immaterial If You Don’t Survive Long Enough For Your Supplies & Planning To Matter”

Other Americans take prepping to the other extreme. For example, Steven Huff is building a 72,000 square foot “home” (some call it a fortress) in Missouri. Huff is the chairman of Wisconsin-based TF Concrete Forming Systems, and he wants to show off what his firm is capable of. Huff claims that this will be “a home that uses very low energy, as well as having strong resistance to tornadoes, hurricanes, earthquakes, fire, flood and insect damage”.

In a recent article, I detailed how renowned Texas investor Kyle Bass appears to be very well prepared for the horrible economic collapse that he believes is coming. The following is how one reporter described his recent visit to the 40,000 square foot “fortress” owned by Bass….

Of course we should be. Our nation is drowning in debt, the U.S. economy is dying, the number of earthquakes and other natural disasters is increasing, and the entire globe is becoming an extremely unstable place. If you read my articles on a regular basis, then you know that there are a whole host of reasons to try to become more independent and self-sufficient.

Are there legitimate reasons why Americans should be preparing for difficult times ahead?(source)

The U.S. is seeing a growing number of “preppers” or survivalists who prepare to live for months at a time in the event of a disaster.

Best Off Grid Generators For Preppers (That Use Fuel)

1 thought on “The Prepper Movement: Why Are Millions Of Preppers Preparing Feverishly For The End Of The World As We Know It?”