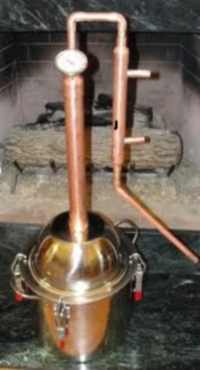 Ethanol is a renewable fuel made from various plant materials collectively known as “biomass.” More than 95% of U.S. gasoline contains ethanol in a low-level blend to oxygenate the fuel and reduce air pollution.

There are several steps involved in making ethanol available as a vehicle fuel:

Ethanol as a vehicle fuel is not a new concept. Henry Ford and other early automakers suspected it would be the world’s primary fuel before gasoline became so readily available. Today, researchers agree ethanol could substantially offset our nation’s petroleum use. In fact, studies have estimated that ethanol and other biofuels could replace 30% or more of U.S. gasoline demand by 2030.

The use of ethanol is required by the federal Renewable Fuel Standard (RFS).

Ethanol (CH3CH2OH) is a clear, colorless liquid. It is also known as ethyl alcohol, grain alcohol, and EtOH. (See Fuel Properties search.) Ethanol has the same chemical formula regardless of whether it is produced from starch- and sugar-based feedstocks, such as corn grain (as it primarily is in the United States), sugar cane (as it primarily is in Brazil), or from cellulosic feedstocks (such as wood chips or crop residues).

In the United States, ethanol is primarily produced from the starch in corn grain. Recent studies using updated data about corn production methods demonstrate a positive energy balance for corn ethanol, meaning that fuel production does not require more energy than the amount of energy contained in the fuel

How To Turn “Trash” Into Soil

How To Make Brass Knuckles, From Bullet Shells