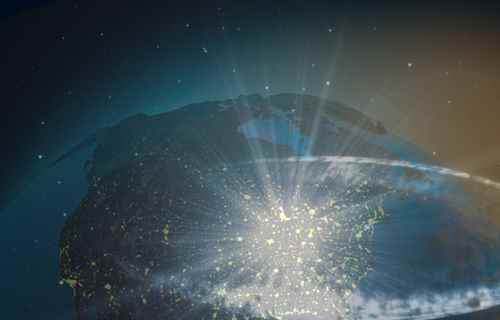 North Korea’s surprise detonation of a low-yield H-bomb, dismissed as virtually irrelevant by some media experts, is exactly what others have been warning about: a potential Super-EMP weapon that could easily wipe out the electric grid, cars and electronics over a wide swath of the United States.

Once dismissed as Buck Rogers fantasy, concerns about electromagnetic pulse and the effect on the electric grid are being addressed in Congress due to a major concern that North Korea or Iran would explode an H-bomb like device over the U.S. It could easily be fired from a freight ship off the U.S. coast, they claim.

Expert, Dr. Peter Vincent Pry, who served on the former Commission to Assess the Threat to the United States from Electromagnetic Pulse Attack, told Secrets that the yield of the North Korean explosion is well within the requirements of a Super-EMP weapon.

“Neutron bombs or Enhanced Radiation Weapons such as Super-EMP weapons are essentially very low-yield H-Bombs, that typically have yields of 1-10 kilotons, just like the North Korean device,” said Pry, executive director of the Task Force on National and Homeland Security.

“Thus, Kim Jong-Un could be telling the truth. Indeed, all four North Korean nuclear tests look like a Super-EMP weapon because of their very low yield. That the ‘Dear Leader’ describes the latest test as an H-Bomb is further evidence that North Korea’s mysterious nuke is a Super-EMP warhead,” added Pry.

Those bombs, he added, generate enhanced gamma rays, which is what causes the Super-EMP effect.

States governments and federal official have begun to take the threat of a Super-EMP attack seriously and the North Korean test could spur greater anxiety over how to protect the nation’s electric grid. In June, the House Homeland Security Committee passed the “Critical Infrastructure Protection Act” that will explore ways to protect the grid.

Korean satellites flying over the United States can be transformed into weapons of impulsive force from harm to most parts of the country.

In a May  Congressional hearing, former director of the Strategic Defense Initiative, Henry Cooper, expressed concern that Iran and North Korea now have the ability to use electromagnetic pulse The work destroyed the grid and most of the US electronics, by detonating a nuclear device in orbit, Sputnik said.

Both Iran and Korea are capable of launching an EMP attack aimed at the US by detonating a nuclear device attached to a satellite as it flies over space, “Cooper said.

The operational principle of the EMP weapon is that, when detonated, it creates a very large electromagnetic field that shorts and disables the electrical grid as well as destroying electronic devices within range. Especially, when detonated in atmospheric air thinning, the EMP’s attack power is considerably increased.

Below is my top ten list of the thousand questions that came flooding in to my head upon my awakening as well as what I am doing to answer these questions.  I believe these are all questions that every new prepper should answer as fast as possible and take steps to prepare for immediately.

What am I preparing for?  Will I bug in or bug out?  How will I defend myself, family and home? What will I eat?  How will I heat my home?  How will I keep clean?  How will I produce light and electricity?  How will I get information and communicate with the outside world?  What skills do I have and items can I use to barter?  How will I fight off boredom?  These are but the tip of the iceberg of questions needing to be answered for when life as we know it comes to an end.  When talking to and dealing with anyone new to prepping, please remember that they are entering a large and complex world where their decisions on what to do next could mean the difference between life and death.  Help them to make a list of priorities and offer them advice on what the list should contain.  This article is just a primer, but is more than what 99% of people have done to prepare themselves and their families for what is coming.(source)