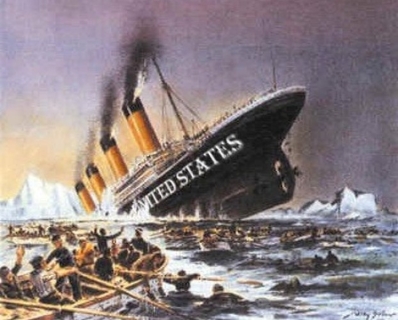 Experts Predict Crash of the Dollar, Collapse of the United States & Rise of the Illuminati with their New World Order Agenda in 2015

“There will never again be an honest election in the United States” according to the elite banker class that has seized control of the US Government, the corporate media, and the military industrial complex. They are planning to seize ALL private property and wealth, completely wiping out the middle class,” claims Pastor Lindsay Williams, who accurately predicted the huge swings both up and down in oil prices a couple of years ago, and who has insider information from what he calls the power elite or global elite.

RELATED : Lindsey Williams elite friend gives 3 month warning for economic implosion.
Billionaire Donald Trump says the dollar is on the edge of economic ruin, and an economic collapse is the only remedy. He painted an ugly picture of the US economy during an appearance on Fox News. In fact, he issued a warning to Americans to prepare for “financial ruin”.

Jeff Berwick, editor of The Dollar Vigilante, predicts that things will get so bad that even the American government will view their own dollar as toxic waste. He says the average American is in “la la land” obsessing over TV shows or the next Presidential race. He says what just happened in Ukraine could easily happen in the United States.

And while Ukraine saw their currency crisis coming for some time, the US dollar collapse could happen overnight, he says. Berwick says the US is “turning a corner” and headed for total financial ruin as early as “this year”, and quotes Jim Rogers who says “there is no paper money in 2014 and 2015 that’s going to be worth much of anything.”

Berwick often predicts the “end of the monetary system as we know it” and claims that, once all of the capital controls have been implemented and the US government starts confiscating assets to pay creditors like China, it will not even accept the tainted US dollar.

Financial expert and author of Currency Wars Jim Rickards believes the “international monetary system is headed for a collapse.” Rickards sets the record straight on what an “economic collapse” is, saying it doesn’t mean we all go live in caves. In fact, he says, we’ve seen three economic collapses in the last one hundred years.(www.youtube.com)

A world war could propel the people into the arms of a one-world leader, accept a global government and currency, which is  exactly what this is all about.

The elitists want to get rid of the “pesky” middle class (which sometimes thinks for itself and is not satisfied with the bare minimums) and create a poor, easily rule-able society.

RELATED : When These People Go Into Hiding, It Is Time to Pay Attention