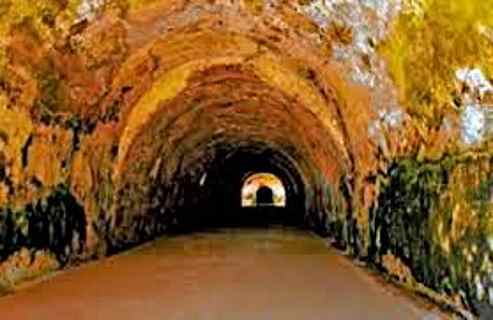 Something big is about to happen. How do I know? I know because people I have known for years have pointed to the last quarter of 2014 as the beginning of the end for many of our institutions and perhaps our very way of life.  Some of my very best contacts have told me that it is time to stop warning the people, because it is now time to start hiding from the wrong people. My initial reaction is to not believe them, but there are too many well-placed sources to not take seriously.
RELATED : The Big List Of 33 Things That Are Going To Happen In September 2015
Along these lines, I recently received an email contact from Pastor Lindsay Williams regarding a survival tip for the difficult times ahead. Pastor Williams has been a guest on my show several times. I sent him back an email asking when he would like to come back on my show. He responded that he has stopped doing interviews. This is becoming an all-too familiar theme as this past weekend, one of my best insider sources told me he was going to stop disseminating information because what he had to say would have no impact on the coming events. As he stated “The train has its final destination and there is no stopping it. America had its chance to mobilize and try and stop the coming tyranny, but they could not get off the couch and stop watching the damn NFL. Well, the new NFL term stands for “Not For Long” and that is how much time this country has left. Americans have been wallowing in their own apathy and ignorance for decades. Soon, they will be wallowing in their own blood”. This is from a General who fought in two wars.
RELATED : Signs That The Elite Are Feverishly Preparing For Something BIG

In a December 9, 2012 interview on The Common Sense Show, Jim Marrs discussed how approximately 400-500 top level bankers have left their positions and have gone into seclusion. Marrs reminded my

listening audience of how the elite have developed seed vaults which only they have access to. Marrs was clearly alluding to the fact that some very bad events are coming and the global elite are aware of it and are moving to meet the threat. My insider sources inform me that the same thing is happening in various federal organizations by  those who have recently retired from the CIA, DHS, NSA and FEMA. This fact is indisputable. I have firsthand knowledge of four ex-fed officials and their families who have relocated to safety enclaves when doing so was very disruptive to their respective family’s lives. Increasingly, it is looking like some major event(s) is/are coming and persons with insider information are attempting to remove themselves from harm’s way.

Getting Out of Harm’s Way: Massive Retirements From the Alphabet Soup Agencies

When government officials, from the various alphabet soup agencies, retire en masse, it is not necessarily a noteworthy event. However, when the same officials retire en masse and then relocate to form their own survivalist enclaves, then this is something that we should all sit up and take notice of, especially when we are seeing the same behavior on the part of Wall Street executives.

In my dealings with purported alphabet soup agency informants, I have been receiving some very dire warnings in terms of what lies ahead for America. At the time I began to receive information, two years ago, about the dangerous times that we are living in, Doug Hagmann also went public with conversations he had with DHS’ “Rosebud” telling us much the same thing.

I have had conversations with two insiders and a relative of another insider who tell similar stories of a coming series of apocalyptic events. Much of the Hagmann information, to a large extent, corresponds to the information I have received.

It is a matter of official agency policy that some current DHS and CIA officials and their families will be provided safe sanctuary in various strategic locations in Colorado in times of trouble. Most people in the know are aware of the underground facilities which lie below the Denver International Airport which has an underground connected railway to the Cheyenne Mountain NORAD/Fort Carson/Peterson Air Force Base underground facilities. The structures are part of the Continuity of Government program developed by the United States government in the early days of the Cold War. However these facilities are increasingly becoming the planned refuge for many of the global elite residing within the United States when all hell breaks loose. 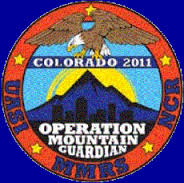 In September 2011, the evacuation of the elite to this safe hideaway was rehearsed in the DHS exercise known as Operation Mountain Guardian in which the Denver airport was shut down to commercial air travel except for specific, undersigned planes which were allowed to land in preparation for some staged catastrophe. This aforementioned event is not newsworthy because it has been reported in the mainstream. However, where this event becomes noteworthy to the public is because it is not coincidental that the CIA has relocated its major data collection facilities to underground structures in the Denver International Airport. The implications for residents living in or near the Washington DC Metropolitan area should be clear. The planned obsolescence for the nation’s capital is becoming increasingly apparent. The previous information is what is publicly available. The following information has not been disseminated but is highly relevant to what lies ahead. 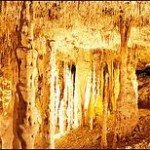 Recently, retired officials from the NSA have relocated to an area in the Ozarks where they have access to underground safety zone which have/are being transformed into mini-villages of self-sustainable protection. Their properties consist typically of 5 to 10 acres for each family, contains a portable water supply, residents are armed to the teeth, have alternative communications that are not reliant on the grid and have years of stored food. My source is an individual who retired from the NSA almost three years ago. His decision to participate in the relocation was triggered by the re-election of President Obama which he said will hasten the onslaught of what is to come because Obama’s administration fully embraces the current course of action. Those were the words of  20 year veteran of the NSA, not my words. 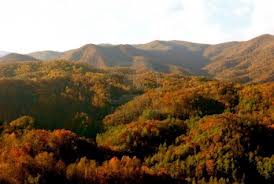 Recently retired officials from FEMA are relocating to the rolling hill areas, in North Carolina. Their enclave contains the same resources involving air, water, food and guns. These enclaves also include underground structures which are sensibly self-contained and can serve to isolate the inhabitants from the outside. I have two sources on this information which includes a family member and a retired FEMA official who has chosen not to participate in this relocation. The nonparticipant ex-official from FEMA did not seek sanctuary with these groups because he feels that several of these enclaves will be targeted for destruction by the powers that be because of the knowledge contained by the inhabitants in this case of “dead men tell no tales.” This makes sense because it would allow the elite, following the coming cataclysms, to rewrite history in their own version without any contradiction from knowledgeable individuals that know what has really gone on. This insider knowledge is a threat which would serve as an obstacle to the new truth. Personally, I think this view has a great deal of merit.

When I began to receive information on these relocation, two years ago, all informants were clear on one point, when Americans begin to see the massive shifting of military assets accompanied by an increase in the sightings of foreign military on American soil, serious trouble is upon us. To that, I would ask what have we been witnessing in recent months?

And for a much longer period of time,  many of us have received information about the presence of Russian soldiers “training” on American soil.(source)

2 thoughts on “When These People Go Into Hiding, It Is Time to Pay Attention”