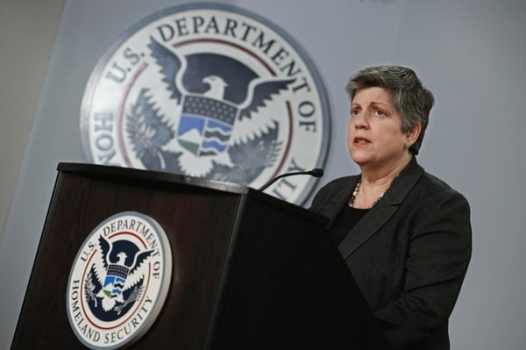 The Department of Homeland Security is seeking to acquire 7,000 5.56x45mm NATO “personal defense weapons” (PDW) — also known as “assault weapons” when owned by civilians. The solicitation, , comes to light as the Obama administration is calling for a ban on semi-automatic rifles and high capacity magazines.

Citing a General Service Administration (GSA) request for proposal (RFP), Steve McGough of RadioViceOnline.com reports that DHS is asking for the 7,000 “select-fire” firearms because they are “suitable for personal defense use in close quarters.” The term select-fire means the weapon can be both semi-automatic and automatic. Civilians are prohibited from obtaining these kinds of weapons.

The RFP describes the firearm as “Personal Defense Weapon (PDW) – 5.56x45mm NATO, select-fire firearm suitable for personal defense use in close quarters and/or when maximum concealment is required.” Additionally, DHS is asking for 30 round magazines that “have a capacity to hold thirty (30) 5.56x45mm NATO rounds.”

Calls made to DHS seeking information regarding whether or not the RFP was accepted and fulfilled were not immediately returned on Saturday.

Sen. Diane Feinstein (D-Calif.) on Thursday introduced legislation that would enact a so-called “assault weapons” ban. The bill would ban more than 150 firearms and limit magazines to 10 rounds. There is no expiration date on Feinstein’s bill. 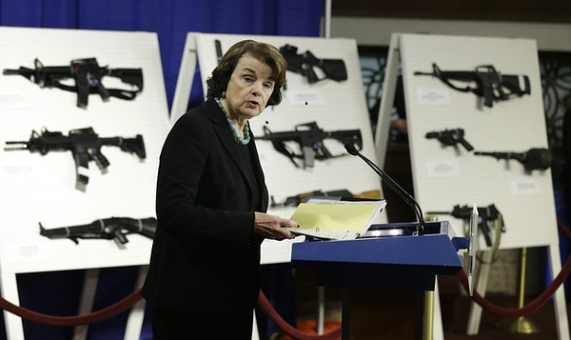 Sen. Dianne Feinstein, D-Calif. speaks during a news conference on Capitol Hill in Washington, Thursday, Jan. 24, 2013, to introduce legislation on assault weapons and high-capacity ammunition feeding devices. Congressional Democrats are reintroducing legislation to ban assault weapons but the measure faces long odds even after last month’s mass school shooting in Newtown, Conn. The measure being unveiled Thursday is authored by Democratic Sen. Dianne Feinstein of California, who wrote the original assault weapons ban. That law expired in 2004 when Congress refused to renew it under pressure from the National Rifle Association. Credit: AP

That being said, it is reasonable for the Department of Homeland Security to request these rifles as they are indeed effective personal defense weapons. The agency is tasked with keeping Americans safe from those who wish to do the country harm, and its officials should be equipped with all the tools they need to do so effectively.

But what about Americans who want to keep themselves and their families safe from threats? Is a semi-automatic rifle unacceptable for a civilian’s “personal defense” in his or her home? According to some Democratic lawmakers, like Sen. Feinstein, it appears the answer is yes.

Just last week two students in Rochester, N.Y. scared off a pair of home intruders by simply brandishing an AR-15 semi-automatic rifle. One of the students said he believes the weapon saved their lives.

Editor’s note — The author of this post, Jason Howerton, discussed this story with TheBlaze Editor-in-Chief Scott Baker on Monday’s BlazeCast

What Doomsday Preppers Can Teach You About Home Defense

ARE THEY COMING AFTER YOU GUNS NOW YOU DAMN RIGHT