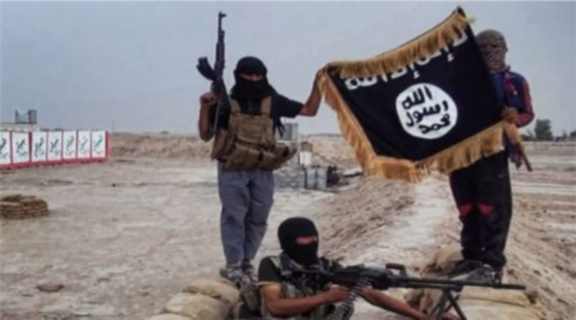 Islamic militants losing ground in Iraq under fire from US forces have threatened to launch terrorist attacks on American soil in revenge.

A video posted online by the Islamic State (Isis) warned that Americans will be attacked “in any place” if air strikes continue to hit its fighters.

After showing footage of a US soldier apparently being killed by a sniper and a photo of an American beheaded during the Iraq occupation, a statement in English reads: “We will drown all of you in blood”.

Unlike al-Qa’ida, Isis has focused on gaining control of swathes of land and numerous towns and cities in Iraq and Syria rather than attacking Western targets.

Mass executions, kidnappings, beheadings and other atrocities have been reported during the group’s bloody rampage through northern Iraq.

Isis violently adheres to Sunni Islam and tens of thousands Shias, Christians and other religious minorities have been fleeing for their lives.

Kurdish and Iraqi forces assisted by US air strikes have had some success in recent weeks reclaiming territory from the militants, who have threatened to march on the capital Baghdad.

Barack Obama approved the first American air strikes since the end of the occupation in 2011 earlier this month, saying the US could not “turn a blind eye” to genocide.

The attacks started as part of humanitarian efforts to help thousands of trapped Yazidis flee Mount Sinjar and have continued to help Kurdish and Iraqi forces drive back the jihadists.