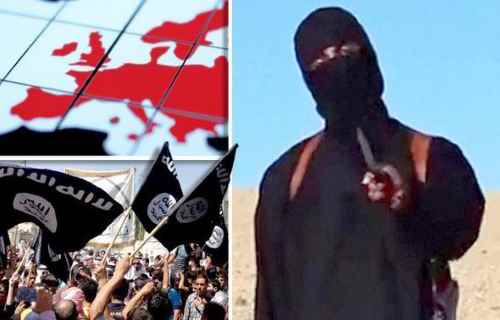 YES, WE ARE AT WAR WITH ISIS AND ISLAM. GET USED TO THAT IDEA IF YOU EVER WANT TO WIN THIS BATTLE.

After 5 years of the combined might of the Western world against them, ISIS is bigger and stronger than they ever were and continue to operate with impunity. Today’s Muslim terror attack in Brussels, home of the headquarters of the European Union, shows just how easily they are able to carry out devastating terror attacks with ease. Warning America Attack By Isis on America Power Grid End of 2016 100% Chance it Will Happen

THIS IS WORLD WAR III, AND ISIS WON’T STOP UNTIL THEY ARE EITHER IN POWER OR DEAD FROM TRYING.

When Muslim terrorists attacked Paris back in November of 2015, there was a worldwide outcry complete with tweeted memes, stuffed teddys, walls of flowers and candlelight vigils. Instagram photos of mourners wearing ‘Je Suis Charlie‘ t-shirts were everywhere. However touching, this massive display of grief did nothing to unkill the 199 who died in the attack, and did nothing to repair the bodies of the 352 wounded.(source)

Could you survive after an terorrist attack?Would you be able to sustain your loved ones when all hell brakes loose?In this video, I will unearth a long-forgotten secret that helped our ancestors survive famines, wars, economic crises, diseases, droughts, and anything else life threw at them… a secret that will help you do the same for your loved ones when America crumbles into the ground.I’m also going to share with you three old lessons that will ensure your children will be well fed when others are rummaging through garbage bins. Click here to learn all about the 3 skills that will help you thrive in any crises situation.

You consider arming yourself against a terrorist attack in Washington D.C. and Seattle?

King County Sheriff John Urquhart cautioned his deputies to be vigilant against what he thinks is a grave threat: home-grown ISIS sympathizers who could target many of Seattle’s soft target.

“What I am worried about, what causes me to lose sleep at night, is a homegrown terrorist,” Urquhart said. “That’s somebody that hasn’t come over from Syria, that’s not an official part of ISIS, but has been radicalized by ISIS by their propaganda.”

“They’ve been implored to take action wherever they are, around the world,” he said. “I’m afraid of a homegrown terrorist that does something here. It’s going to be a soft target.”

He recommended that his off-duty deputies carry their service weapons, along with extra magazines, in case they encounter a terrorist act in progress. The Facts Show ISIS Plans Attack the U.S. Soon? ISIS Militants with US Passports?

But what about the average citizen? If we’re trained and have a license to carry, should we arm ourselves? Sheriff Urquhart had a refreshing answer when I interviewed him Tuesday night on the Jason Rantz Show (weeknights, 7-10 p.m.).

He says that if you choose to arm yourself, take special care of the responsibilities that comes with this decision.(source) 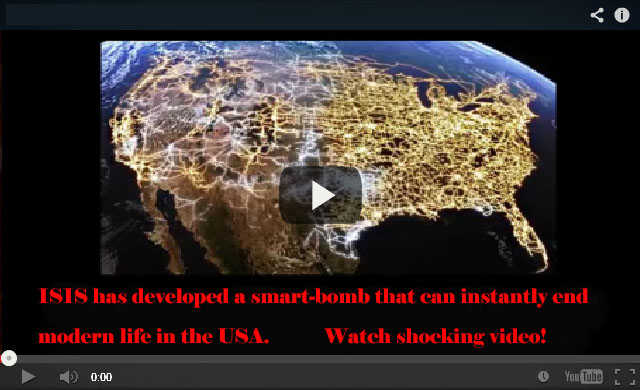 Their main targets include the UK (London), North and South America, Italy (Rome), Israel (Jerusalem), France (Paris), Spain (Andalusia) , Belgium (Brussels) which they will use as outposts for the rest of their attacks against the non muslim world.

Our leaders ignore the threats. It is up to the public to educate ourselves. You will not find these videos on the BBC, Sky News, Al Jazeera or Russia Today.