Wouldn’t it be horrible if the number of Americans without a job was higher today than it was during the Great Recession of 2008 and 2009? Well, that is actually… Read more » 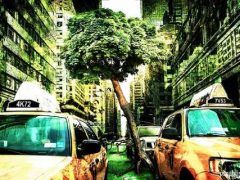 Even though the stock market is soaring, our nation is in more danger than ever because of extreme natural disasters and rogue factions itching to run riot. Now consider… Read more »

End time events will continue and increase in strength. Be witness of how the earth is crumbling into pieces by devastating tornadoes, erupting volcanoes, massive earthquakes, war and never… Read more »