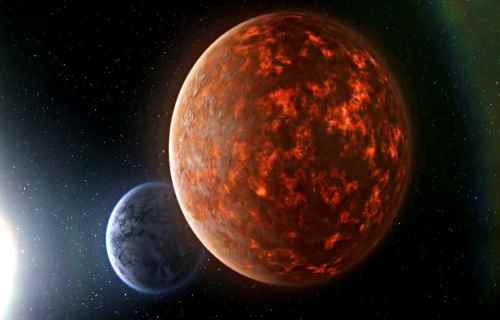 A prominent investment banker and Wall Street broker says Nibiru is real, and that he has collected enough evidence to prove that the world’s wealthy elite, that so called one-percent, are aware of the threat and actively taking steps to Survive Nibiru’s forecast disastrous

Speaking under conditions of anonymity, he has broken a sacred vow of silence to leak information to the public domain. For the sake of the article, we will identify him only as “Mr. Black.” With over forty years in the industry, Mr. Black has worked for prestigious investment firms like Charles Schwab, Fidelity, and Merrill Lynch. His track record is impressive; his clients have averaged a thirty-three per cent return on their investments. Mr. Black says he learned about Nibiru only a few years ago, when several wealthy clients, including one billionaire, began liquidating their assets.

“Until a few years ago, I had never heard the word Nibiru or Planet X. It was completely unknown to me,” said Mr. Black. “Knowledge of it came to me after a handful of my best and most prosperous clients suddenly started unloading their portfolios. Something had to be happening, and I know it didn’t pertain to the market or I would have had insight into that.”

His grew suspicious that something was amiss, he said, when an early morning a telephone call startled him awake. It was 3:am, and he was

still asleep, in bed with his wife, Mrs. Black. “I was shocked to receive such an early telephone call,” said Mr. Black. “One of my best clients, a multi-millionaire with strong ties to the gold and Forex market, demanded I immediately unload his portfolio. He sound like he was in frenzy, a total state of panic. The current market trend was to buy, not to sell. I told him I’d do it when the market opened, but also asked his reason. I got a very strange answer.”

Mr. Black received a grim, nebulous reply: “I cannot talk about it.”

A few days later, another frenzied client requested a sell off. Mr. Black became convinced something was very wrong. “I feared a market collapse, or something, but there was no evidence leading in that direction. I called friends and associates at other firms and asked if they experienced a similar trend with their clients. To my surprise, some admitted that their clients were selling off very, very valuable portfolios. But like me, they were in the dark, clueless, as to why. I’ve made a lot of money for

myself and my clients. There had to be a reason this was going on.”

He eventually learned the truth from an extremely wealthy client with ties to the information technology industry. According to Mr. Black, the government had notified the country’s richest individuals, warning them about a catastrophic event involving a ‘rogue star system’ passing dangerously close to our inner solar system.  Experts predict this will cause global destruction bordering on an extinction level event. Those given foreknowledge of the event were sworn to secrecy; in addition, they forfeit thirty-three per cent of their net worth to the government, which is using the money for its own last minute Nibiru preparation.

“The government can spend only so much of its own money without arousing suspicion,” Mr. Black said. “And they’ve already spent so much that many eyebrows have been raised. So they are relying on independent “investors” and wealthy Forex partners to finalize Nibiru preparation efforts. This particular client, and I can’t speak for others, was given a map. The map highlighted alleged safe zones for constructing underground shelters to survive.”

Mr. Black’s information has been substantiated by other Nibiru researchers. Some years ago, John Moore released a similar map obtained via a high-ranking naval intelligence officer. Given all the available evidence, Mr. Black now believes Nibiru is real and is constructing a shelter for his family in an undisclosed part of the country. The government, despite is best attempts, has failed in keeping Nibiru a secret. For decades, NASA spokespeople–like David Morrison–have used spurious logic and flimsy evidence to argue against Nibiru’s existence. “If it was there, we would see it,” they say. However, keen observers, researchers, and whistle-blowers have provided enough evidence and statistical data proving that the dark star is no myth.(Source)