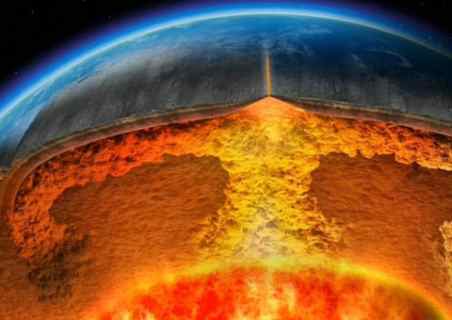 Russian geopolitical analyst Konstantin Sivkov has called for Moscow to launch a nuclear attack on Yellowstone National Park and the San Andreas fault line, noting that the devastating consequences would ‘disappear’ the United States as a country.

Sivkov made the comments in a piece for Russian trade newspaper VPK News, which were translated by the Sydney Morning Herald.

Arguing that NATO aggression against Russia required the “complete destruction of the enemy,” Sivkov went on to depict a chilling scenario.

“Geologists believe that the Yellowstone supervolcano could explode at any moment. There are signs of growing activity there. Therefore it suffices to push the relatively small, for example the impact of the munition megaton class to initiate an eruption. The consequences will be catastrophic for the United States – a country just disappears,” he said.

A Yellowstone supervolcano eruption would kill millions of people in the initial blast and bury much of the United States in volcanic ash. According to some experts, it could cause the end of the world. The last time a supervolcano exploded in Siberia, 85 per cent of all land species and 95 per cent of all ocean dwellers were completely wiped out.

In 2013 it was revealed that the magma below Yellowstone was two and a half times larger than previously thought, giving the park’s supervolcano the potential to cause an eruption 2,000 times more powerful than Mount St. Helens. Some experts say the caldera is overdue to erupt.

Sivkov also said that while Russia’s geography protected it from the threat posed by tsunamis, one could be triggered in the United States with an attack on the San Andreas fault.

“Another vulnerable area of the United States from the geophysical point of view, is the San Andreas fault – 1300 kilometers between the Pacific and North American plates … a detonation of a nuclear weapon there can trigger catastrophic events like a coast-scale tsunami which can completely destroy the infrastructure of the United States,” he wrote.

Sections of the San Andreas fault are overdue for major earthquake activity. “Researchers found that three sections of the San Andreas Fault system in Northern California — Hayward, Rodgers Creek and Green Valley — are either near or past their average recurrence interval and have accumulated sufficient strain to trigger earthquakes of magnitude 6.8 or greater,” reports CBS News.

Fearing that the United States plans to “destroy Russia,” Sivkov says that Moscow is in a much worse position than it was 50 years ago because it has far fewer allies and cannot compete against the military might of NATO and its allies.

While it would be unthinkable for anyone inside the Kremlin to take Sivkov’s comments seriously, his rhetoric illustrates how fraught tensions are between Moscow and Washington.

Last month, General Sir Adrian Bradshaw, NATO’s deputy supreme allied commander in Europe, warned that the threat of a conflict with Russia, “represents an existential threat to our whole being”. 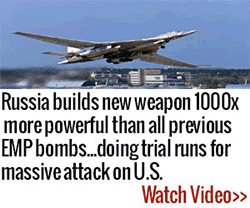 SOURCE : Paul Joseph Watson is the editor at large of Infowars.com and Prison Planet.com.