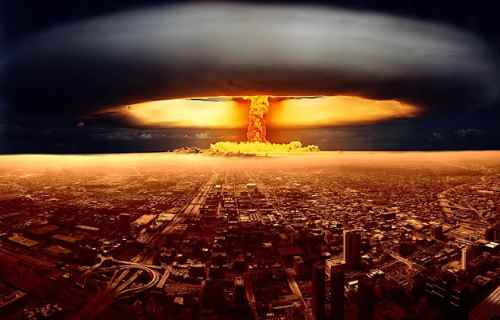 Translated from Russian by Kristina Kharlova

While some insist that the attempt to topple Recep Tayyip Erdogan’s – ambitious and bloody, was staged, others (primarily in Turkey) believe that the leader of their state almost lost his life due to rapprochement with Russia. An expert on the Middle East, head of Lev Gumilev Center, Pavel Zarifullin told “Komsomolskaya Pravda” what secret intel he received from Turkey from a local high-ranking and well-informed friends. Their information says one thing – the coup was prepared with the help of our overseas “partners”.

THE GOAL IS TO CONTROL

– Pavel, who are these people – who gave you information from inside Turkey? In light of recent crackdown how do you keep in touch with them?

– It is the elite of Turkish society, with whom I have been associated due to work for many years. Some of my colleagues were jailed by Erdogan back in 2007, but that’s another story. Now I communicate with one of the famous Turkish professors, a consultant to local intelligence services. His name, of course, I will not disclose. He, like thousands of others, is walking on the edge – there is the same crackdown as in 1937 under Stalin. We correspond in a private chat room with coded messages. He is a supporter of Turkey’s accession to the Eurasian Union, not the EU. And there are many influential people with similar views. Government, academia and those in security services have no doubt that the coup was prepared by Americans. Like all the previous ones in this country, since 1960. The military has always interfered in political process and acted in coordination with Americans.

– Here’s a quote: “The West, hoping to get control of the country through a military coup, as in Egypt, at first supported the coup. The putschists were not able to succeed without outside help. Only the West did not calculate that Turkish people do not accept any undemocratic process”. Under the West he means primarily the United States. But it is possible that the Germans had a hand in this – they also pressured Erdogan. Don’t forget, the Bundestag – the German Parliament – did not even recognize the genocide of Armenians by the Turks.

– I don’t understand why the US and Germany need this coup?

– It is no secret. The main reason is rapprochement with Russia. Here’s another quote from the correspondence with my source: “EU and NATO were unhappy with Turkey’s rapprochement with Israel and Russia. The United States was irritated by the announcement in Turkey of Kurdish separatists in Syria being a terrorist organization while USA supported them. The positions of Ankara and Washington differed on Iraq and Syria. In dealing with refugee crisis the EU blamed Turkey, believing that it should block the flow of refugees at any cost.”

– That is the coup was overdue. From the outside. Is there information about how it was prepared?

– The nucleus of the coup was the American Incirlik air force base in Turkey (located on the Mediterranean coast, a few hundred kilometers from the border with Syria, allows to control the Middle East. – Ed.). Chief of the base, Turkish General Bekir Ercan Van is now arrested (the base was also used for Turkish aircraft – after all the country is a member of NATO. – Ed.). All the main characters are from there. According to my insider information, the US Ambassador to Turkey John Bass (he had previously served in Georgia and there also conducted the anti-Russian policy) met several times with the former commander of the air force and the leader of the coup Akin Ozturk and the head of the base under the pretext of discussing relations with the Kurds in Syria and Iraq. The Turkish military – in general are mostly graduates of NATO military institutions, are pro-American. As interrogations show, the current conspirators, among whom were the top and the second echelon, received serious guarantees from the military and diplomatic leadership of the United States. They were promised asylum in the base in case of failure.

THERE WERE HYDROGEN BOMBS

– No. But the Turks were ready to take the base by storm, but at the beginning just cut off power supply. But there were nuclear weapons stored!

This has never happened before! Therefore, the Americans agreed not to interfere with arrests at the Turkish part of the base. Such unpublished information was passed on by our source. And the silly staging hypothesis is actively pushed just in the West. Even though just the number of dead and wounded (after a night of the coup 290 people are dead, nearly 1,500 wounded. – Ed.) shows how serious this is.

– Is the opposition preacher Gulen, residing in USA, whose extradition is demanded by Erdogan, lying, he had nothing to do with it?

– It is another American “column” which, of course, is also used. Here’s what my source wrote in his last message (we talked on the night of July 20):

“They (Putin and Erdogan. – Ed.) should meet as quickly as possible. Here everyone can’t stop talking about this meeting. USA have done everything and are doing everything to prevent it. Including the coup so the leaders don’t talk. We (the Eurasianists of Turkey. – Ed.) see the country’s salvation in this meeting with Putin.” I hope that repressions will not touch my expert, and he along with the other Turks will attend our Eurasian conference in Ankara immediately after the meeting of the presidents of Russia and Turkey. Today there is more and more talk about leaving NATO. Erdogan is better to go this route and become the Islamic Hugo Chavez. Otherwise he’ll have to prepare for the next coup attempt.

– I have no confidence to assert that the coup was prepared by the Americans. But the fact that they knew about it (taking into account the capabilities of the CIA and NSA) and were interested in it, that’s for sure. Just they did not warn Erdogan, hoping that the victory of the coup will be good for them. The “Incirlik” base houses Americans and that means there are CIA employees. I have not been there myself and can’t say about security and defense and how it is provided with backup power. But it is impossible to cut off power to our [Russian] air bases, even if you shut off electricity.

– According to various estimates, “Incirlik” airbase is home to up to 100 American nuclear bombs. Electricity is really needed to monitor the status of ammunition, for their protection. In the event of an accident diesel engines are automatically turned on. But they cannot operate indefinitely. If Americans were cut off from the fuel supply, there could be a very serious trouble. Despite the fact that the base commander was a Turk, he gave the order to shut off only the Turkish part of “Incirlik”. You have to understand that it houses American and Turkish aircraft, and during operations there are planes from the UK, Germany, Saudi Arabia, Qatar. However, at the time of the coup they were not there.

Let me remind you that the commander of the base, Turkish General Van asked for asylum in the United States but was refused. If he was granted asylum, it would immediately become obvious that the US is somehow sympathetic to the coup, and maybe had a hand in this. However, when the arrests were carried out in the Turkish part of the base, the flights resumed, electricity was reinstated to the Turkish part of the airbase, and the base began to function normally. (source)

RELATED : PUTIN warns U.S. about the NEW WORLD ORDER 2016!! All need to see this!! Elites Plan to Crash World Economy