If You Want To Survive The Economic Collapse-Read This Nearly two-thirds of all Americans are completely and totally unprepared for the next economic crisis. As you will read about below,… Read more » 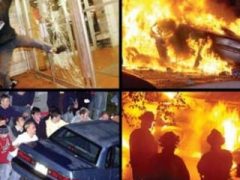 WARNING!!! The banks will collapse very soon If the United States experiences a horrifying economic collapse (and it most definitely will), will that cause a complete and total collapse of… Read more »

Gerald Celente: “COLLAPSE: IT’S COMING! ARE YOU READY?” Trend forecaster Gerald Celente of the Trends Journal advises subscribers of his quarterly newsletter that the collapse is on it’s way and… Read more » 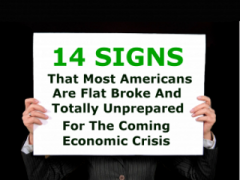