Today, millions of Americans say that they believe that the United States is on the verge of a major economic collapse and will soon be entering another Great Depression. But only a… Read more » 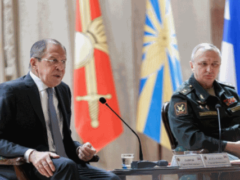 “The world is changing, however, and — who knows — America might yet purify itself and return to its own forgotten sources.” Originally Appeared : russia-insider.com  By Matthew Allen Russia’s Foreign Minister… Read more »