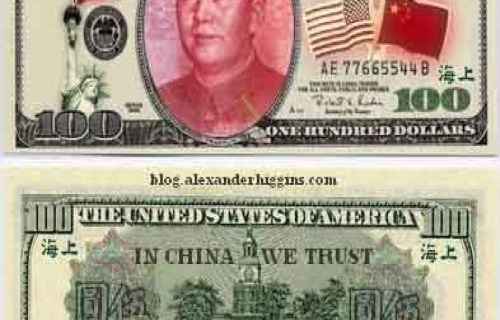 A dollar collapse is when the value of the U.S. dollar plummets. Anyone who holds dollar-denominated assets will sell them at any cost. That includes foreign governments who own U.S. Treasurys. It also affects foreign exchange futures traders. Last but not least are individual investors.

When the crash occurs, these parties will demand assets denominated in anything other than dollars. The collapse of the dollar means that everyone is trying to sell their dollar-denominated assets, and no one wants to buy them. This will drive the value of the dollar down to near zero. It makes hyperinflation look like a day in the park.

Three things that could cause a collapse
Three conditions must be in place before the dollar could collapse. First, there must be an underlying weakness. That situation exists in 2017. The U.S. currency is fundamentally weak despite its 25 percent increase since 2014. The dollar declined 54.7 percent against the euro between 2002 and 2012. Why? The U.S. debt almost tripled during that period, from $6 trillion to $15 trillion. The debt is even worse now, at $21 trillion. The debt-to-GDP ratio is now more than 100 percent. That increases the chance the United States will let the dollar’s value slide.

That’s because it would be easier to repay its debt with cheaper money.

Second, there must be a viable currency alternative for everyone to buy. The dollar’s strength is based on its use as the world’s reserve currency. The dollar became the reserve currency in 1973 when President Nixon abandoned the gold standard. As a global currency, the dollar is used for 43 percent of all cross-border transactions. That means central banks must hold the dollar in their reserves to pay for these transactions. As a result, 61 percent of these foreign currency reserves are in dollars.

The next most popular currency after the dollar is the euro. But it comprises less than 30 percent of central bank reserves. The eurozone debt crisis weakened the euro as a viable global currency.

China and others argue that a new currency should be created and used as the global currency. China’s central banker Zhou Xiaochuan goes one step further. He claims that the yuan should replace the dollar to maintain China’s economic growth. China is right to be alarmed at the dollar’s drop in value. That’s because it is the largest foreign holder of U.S. Treasurys, so it just saw its investment deteriorate. The dollar’s weakness makes it more difficult for China to control the yuan’s value compared to the dollar.

Could bitcoin replace the dollar as the new world currency? It has many benefits. It’s not controlled by any one country’s central bank. It is created, managed, and spent online. It can also be used at brick-and-mortar stores that accept it. Its supply is finite. That appeals to those who would rather have a currency that’s backed by something concrete, such as gold.

But there are big obstacles. First, its value is highly volatile. That’s because there is no central bank to manage it. Second, it has become the coin of choice for illegal activities that lurk in the deep web. That makes it vulnerable to tampering by unknown forces.

Three events that could trigger a collapse
These two situations make a collapse possible. But, it won’t occur without a third condition. That’s a huge economic triggering event that destroys confidence in the dollar.

Altogether, foreign countries own more than $5 trillion in U.S. debt. If China, Japan or other major holders started dumping these holdings of Treasury notes on the secondary market, this could cause a panic leading to collapse. China owns $1 trillion in U.S. Treasurys. That’s because China pegs the yuan to the dollar. This keeps the prices of its exports to the United States relatively cheap. Japan also owns more than $1 trillion in Treasurys. It also wants to keep the yen low to stimulate exports to the United States.

Would China and Japan ever dump their dollars? Only if they saw their holdings declining in value too fast and they had another export market to replace the United States. The economies of Japan and China are dependent on U.S. consumers. They know that if they sell their dollars, that would further depress the value of the dollar. That means their products, still priced in yuan and yen, will cost relatively more in the United States. Their economies would suffer. Right now, it’s still in their best interest to hold onto their dollar reserves.

China and Japan are aware of their vulnerability. They are selling more to other Asian countries that are gradually becoming wealthier. But the United States is still the best market in the world.

When will the dollar collapse?
A dollar collapse will not occur in 2018. In fact, it’s unlikely that it will collapse at all. That’s because any of the countries who have the power to make that happen (China, Japan, and other foreign dollar holders) don’t want it to occur. It’s not in their best interest. Why bankrupt your best customer? Instead, the dollar will resume its gradual decline as these countries find other markets.

What would happen after a collapse
A sudden dollar collapse would create global economic turmoil. Investors would rush to other currencies, such as the euro, or other assets, such as gold and commodities. Demand for Treasurys would plummet, and interest rates would rise. U.S. import prices would skyrocket, causing inflation.

U.S. exports would be dirt cheap, given the economy a brief boost. In the long run, inflation, high interest rates, and volatility would strangle possible business growth. Unemployment would worsen, sending the United States back into recession or even a depression.

WILL YOU BE READY THE DAY THE DOLLAR DIES? — Bob Kudla
“There will be dislocations”, the end of the dollar will come, the only question is, will you be ready when it does, says Trade Genius founder Bob Kudla. Kudla says that once the Dollar is bypassed “we will see gold skyrocketing and the stock market crashing.” It’s time to get yourself prepared.

A dollar collapse would create global economic turmoil. To respond to this kind of uncertainty, you must be mobile. Keep your assets liquid, so you can shift them as needed. Make sure your job skills are transferable. Update your passport, in case things get so bad for so long that you need to move quickly to another country. These are just a few ways to protect yourself and survive a dollar collapse.

“Anonymous: What Are They Preparing For?”

RELATED : Leave America Now 300 Million Will Die in Civilization Collapse by The End Of 2019

The Chinese government has been encouraging people to buy gold so to stand as one of the most powerful dominoes to fall. China is going cashless, fast. The IMF has spoken about putting their headquarters in Beijing. China clearly wants to be the next world reserve currency as the US dollar inevitably falls alongside all other current fiat empires.

The Bank For International Settlements recent named China, Hong Kong and Canada as the economies most at risk of a banking crisis. The bubble worsens and the centralization applied to fix the problems of centralization will simply get to heavy to sustain. All fiat currencies have eventually reverted to their true value of zero. They always have, they always will, going back to 1024 AD in China interestingly enough. So as we see the markets and the economy inevitably crash, the only thing one can do is decentralized, protect their purchasing power and learn to be far more independent.
Financial education and responsibility are key. Individual responsibility is the hallmark of freedom itself after all. We hope individuals prepare themselves. It’s better to over prepare than under prepare.

Although the Great Depression wasn’t a collapse, it was close. GDP fell by half. Global trade dropped almost two-thirds. Unemployment was 25 percent. What caused it? Government actions turned a recession into a depression. First, the Fed used contractionary monetary policy like raising the fed funds rate to protect the gold standard. Congress cut back on spending as soon as the New Deal got the economy back on its feet. That contractionary fiscal policy brought back the depression in 1937. It didn’t end until the military build-up to World War II.