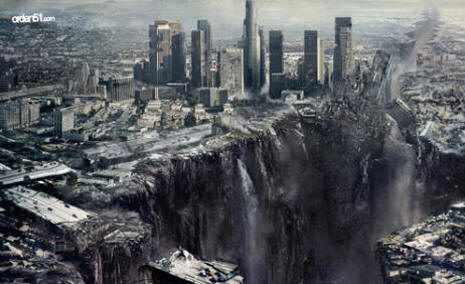 In a rare interview, well known family preparedness guru and author of the booksPatriots and How to Survive the End of the World as We Know It, James Rawles, joins Coast to Coast AM to discuss preparedness strategies and tactics.

I’m helping to guide along a lot of people to family preparedness. I try to encourage people to get squared away on what I refer to as beans, bullets and bandaids. Essentially everything people would need for a major disaster so that their families can pull through, hopefully, unscathed. Where you have enough food storage on hand, or the means to purify water, and the means to defend yourself, first aid equipment, and so on, so that you can basically be independent of the system. If there’s a major crisis, anticipate that normal commerce will be disrupted and people will have to rely on themselves.

…Every family that gets squared away represents one less that will be rushing to the grocery at the eleventh hour and cleaning out the shelves.

That what it all really boils down to, folks. In the event of a Katrina-like event, where the system as we know it essentially grinds to a halt, help may not come for quite some time. There will be no food, no access to clean water, no electricity, and no emergency response.

On What’s Coming in the Next Decade:

Unfortunately what I see ahead is a continuation of the current economic recession that turns into an economic depression that could last ten to fifteen years. It could be literally worse than the depression of the 1930′s.

If you think things are bad with the Euro, just wait a couple years. We’re going to see monetization of the US Dollar and mass inflation. So, we’re going to go from the current period of deflation, very rapidly click over into hyperinflation, and it’s just going to whipsaw the America people. They won’t know what happened.

We’ve discussed the hyperinflationary depression scenario before, and if this is our eventual end game, then buckle up. We often discuss Germany’s Weimar hyperinflation or Zimbabwe. Those events, although severe within their specific regional sphere, will be nothing compared to what would happen in the USA in such a scenario. Germany of the 1930′s was capable of producing it’s own food , as much of the world was still agrarian at the time, not to mention the population was well versed in surviving during times of crisis as the monetary crisis came on the heels of World War I. Zimbabwe has been in shambles for years, thus hyperinflation of its currency did not lead to a collapse – the country was more or less already there.

But take the United States. We’ve grown accustomed to just-in-time grocery delivery systems, always-on internet access, immediate access to cash via ATM’s, plenty of gas at your local station, and all of the conveniences that come with a society that runs on excessive credit expansion.

In a hyperinflationary scenario it would become almost impossible to properly price goods, as value could literally change from day-to-day or minute-to-minute. Not only would consumers and business have a hard time exchanging goods in the US dollar currency, but foreign nations would not be able to accept our currency for trade because of severely volatile swings in value. This could very quickly lead to a complete breakdown in the world as we know it today.

Let’s hope that the politicians in Washington and those in charge at the Treasury Dept. and the Federal Reserve get monetary and fiscal policy under control, because if they don’t, then hyperinflation is exactly the scenario in which we’ll find ourselves. Given our history up to this point, we’d suggest you start preparing for the worst.

On Government Response to Crisis:

Perhaps a regional disaster, they can handle. But even with those, typically they’re weather related or an earthquake, and it’s just a matter of picking through the rubble.

But if you had a nationwide crisis, there’s no way our government could tend to everyone’s needs. It’s just not going to happen. You’re not even going to be able to pick up the phone dial 9-1-1 and have any reasonable expectation of response.

It’s what I call yo-yo time. You’re On You’re Own.

It took FEMA three days to get water to the Super Dome. To evacuate Houston prior to Hurricanes Rita and Ike, what was normally a three and a half hour drive to Dallas turned into a twelve to fifteen hour ordeal with no gas, food or water along the route.

In a real emergency, a nationwide emergency, that affects not thousands but multiple millions of people, the chance that local, state and federal government will have the means to effectively manage the crisis is zero, especially in the first several days or weeks of onset. If you have not taken responsibility for yourself and your family, no one else will.