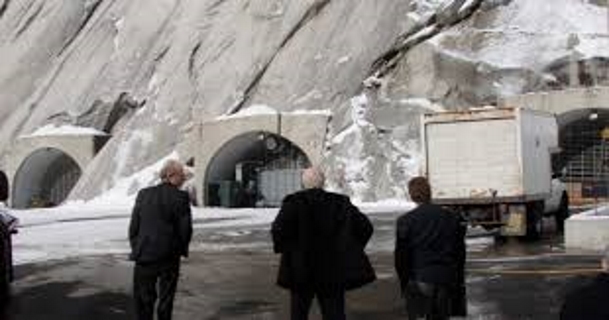 If there is one thing that the elite of the world fear more than anything else, it is death.  They spend an extraordinary amount of time and energy attempting to shield themselves from potential threats, to separate themselves from the general population and to do whatever they can to extend their lifespans.  They travel with multiple bodyguards, they install “safe rooms” in their homes, they buy private islands on the other side of the world and they invest huge amounts of money into life extension technologies and research.  They do all of these things in a desperate attempt to battle an enemy that they have never been able to defeat – death.  And in this day and age, the elite are becoming more paranoid than ever.  They know that as the gap between the wealthy and the poor has exploded that they have become bigger targets than ever.  So firms that provide private security, “safe rooms” and high tech “security bunkers” for the elite are doing a booming business these days.  Many of the elite live in constant fear and absolutely crave security, and they are willing to pay big bucks to get it.

So what about the rest of us?

Well, the truth is that the elite certainly do not intend for all of us to live indefinitely. In fact, most of them are absolutely convinced that there are far too many people living on the planet already. This is something that I covered in my previous article entitled “46 Population Control Quotes That Show How Badly The Elite Want To Wipe Us All Out“. If everyone was allowed to radically extend their lifespans, that would make our “overpopulation” problem far worse according to them. So no, the amazing new technologies talked about in this article won’t be for the rest of us. It will only be for those among the elite with lots and lots of money.

The global elite look forward to a glorious new age in which the population of the planet will be stabilized around 500 million people (which represents a more than 90 percent reduction from today). They believe that new technologies will usher in a time when poverty, disease and sickness will be eradicated and when people will be able to live indefinitely. It will be a world shaped and molded by them, and there will be no more war or conflict. Instead, everyone will share the same common values and the same common goals. They believe that it will literally be “heaven on earth” and the elite will not need any “gods” because they will be gods.

So will the elite ever achieve their version of utopia?(source)

Foods to Stock at Home and in Your Disaster Supplies Kit

Are You Prepared for a Water Emergency? Deadly Chemical in the West Virginia Water Supply Creates Immediate Shortage

The Best Emergency Food Methods For Keeping Your Family Alive