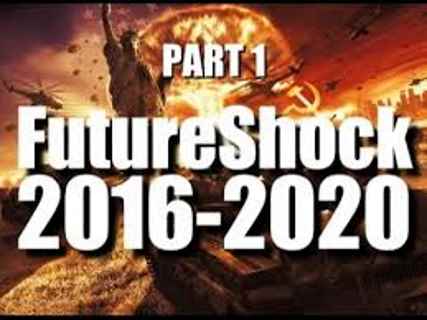 Get ready…your world is about to be turned UPSIDE DOWN! The corrupt, criminal regime currently occupying Washington D.C. is starting to lose its grip on America. The American people are tired of being lied to. Smart Americans are “waking up” in droves to the reality of our nation’s leadership and financial critical condition. They’re tired of been propagandized, controlled and imprisoned by an illegitimate totalitarian regime that trashes our Constitution, Bill of Rights and is stamping out our individual liberties. The proof is the popularity of Donald Trump and Ben Carson. Establishment politicians are as “radioactive” as the Fukushima nuclear site.

The Globalists are completely lawless and getting ready to arrest and throw into jail anyone who gets in their way to fulfill their plan. They soon will suspend our 1st Amendment rights and take absolute control of the Internet. Patriotic voices and religious “extremists” who contradict the the government’s official narrative, will be censored and silenced. Any journalist who tries to conduct an honest investigation will be arrested and thrown in jail. This will all be preceded by a staged massive FALSE FLAG attack that will involve either chemical, biological and/or NUCLEAR weapons.
Hillary Clinton has been selected by the Globalists as America’s next president. If she wins the 2016 election, you can say “goodbye” to your guns. This will result in total chaos and upheaval in America. But this is only a part of the story, keep reading…
Global financial collapse will be forthcoming along with the destruction of the Petrodollar and the U.S. dollar as the world reserve currency. The “death of the dollar” has been talked about for many years but will be finally realized. Don’t get duped into believing that the “2015 Shemitah” was suppose to be the final doomsday for the dollar. Don’t worry, the dollar’s funeral is coming as is the ONE WORLD CURRENCY, ONE WORLD GOVERNMENT and ONE WORLD RELIGION. First will be the 2016 presidential election – a time of incredible darkness that will descend on the American people and indeed the world!

RELATED : Will The Death Of The Dollar Lead To The Birth Of A New World Economic Order?
The consequences of what’s coming for the average American are nothing less than catastrophic, yet many still have no idea whatsoever of what is about to happen. Bank closures, riots, cities burning, starvation, chaos, Martial law, gun confiscation, FEMA camps, Constitutional rights obliterated, globalist takeovers, disease, despair, gangs, lawlessness, crime, you name it and much much more will soon be unfolding. Add to this the certainty of the coming regional/Middle-East wars involving China, North Korea, Iran, Syria, Lebanon, Saudi Arabia, Turkey and Israel, the world stands at the precipice of World War 3. Again sadly, most of the population is completely totally unaware of what is about to happen because relatively few people follow Alternative Media. They get their nightly dose of government propaganda from NBC, ABC, CBS, FOX and CNN. What is also interesting is Economic and War cycles are coming to a climax in 2016 – 2018.

RELATED : On the Brink of War and Economic Collapse — Paul Craig Roberts

Casualty rates will be astronomic. Population reduction in America alone is being predicted to be an astonishing 80%. That means only a 20% survival rate or about 65 million Americans will be alive by the year 2025. If you live in America today, your chances of surviving to see the year 2025 are exactly 1 in 5 (Deagel). Shocking! But don’t shake your head and be too quick to dismiss what you just read….remember, there is NOTHING that a criminal regime won’t do to stay in power. Remember the Nazi’s?

RELATED : You’re Ready For Depopulation Through Planned Governmental Starvation of U.S. Citizens
Buckle your seat belts folks and hang on tight, the ride is about to get rough. Pray, trust God for your life, prepare, use wisdom, get skilled at needed job trades, store some food, water, cash, guns, gold, toiletries, batteries, books, medications and keep gathering truthful information before it becomes illegal to spread.
When JUDGMENT comes…death and destruction results. But the good news is out of the ashes revival is born. Pray for a remnant of believers, patriots and warriors to rise up and take our country back from the wretched godless Globalists and reassert our American Christian heritage. Pray for a genuine revival to awaken the darkened hearts that have been captured by this evil generation.(youtube.com)