I, YAHUVEH, the Creator of not only this planet but all that lies in between, and I shall cast forth the rocks from the Sky. And just as in Sodom and Gomorrah and the seven cities besides I am the same YAHUVEH that destroyed Ninevah. Although I gave her time to repent in the end, was she not destroyed? I am the same YAHUVEH, the same Ancient of Days and what I did once before, I shall do once again. You’re so busy with your wars, you do not even fear nor notice ME, as again and again I give you signs in the sky and doom comes closer to thee. But not for MY Children.

I, YAHUVEH, will declare War from Heaven with giant Meteors of Mass destruction. I, YAHUVEH, will release these Meteors in showers like you have never seen. As stated in the book of Revelation. No weapon of warfare will be able to stop it! I, YAHUVEH, declare war on earth for its sinfulness, vast Meteor destruction will come; only Holy prayers will delay it. Judgment cannot be stopped but it can be delayed. As you fire your missiles from earth I shall fire MY missiles from Heaven. Who can fight against YAHUVEH and win?….

….Meteor Destruction is coming forth just as I, YAHUVEH, told MY Daughter Elisabeth’s son who is called Prophet Boy Elijah. He wouldn’t give the warning, so I am speaking it forth from MY Daughter again. Warn the people that only mighty prayer intercession will delay Judgment to America and this world. War from Heaven, giant Meteors, will be released and no weapon of warfare will be able to stop it! Only prayer warriors will delay MY Judgment as they cry out for mercy on this land that deserves no mercy. I prophesied the storms and earthquakes would come and they did. What do I have to do before people will realize I am warning the Apostles and Prophets to tell the people to repent before I send Judgment?….

…..Ask yourself this, “How can you defend yourself against a war from Heaven as I throw upon earth, including America , Meteors that will crush your homes, businesses, capitals and tell you enough of your foolishness.” I, YAHUVEH, will show you a war of unmagnitude proportions if you don’t repent, turn away from your wicked ways, live Holy and Be Holy and call upon MY Name in the Name of MY Son YAHUSHUA….

James McCaney, an expert on Planet Nibiru and Mayan history explained, around 10,000 years ago major devastation occurred which destroyed many civilization on our planet. He also explained how ruined cities in South America were vanished not because of war or plague, but major physical distruction on earth. He also went on to say that before Nibiru passed us by 10,000 years ago, the North Pole was somewhere in the state of Wisconsin, while South Pole was somewhere in Pacific Ocean. If he is right, and this event did occur because of  or Planet Nibiru, then we shouldn’t worry about it for next 740,000 years or so, right? Wrong, remember, even if Nibiru crossed its path from between Jupiter and Mars, it’s now surging upwards to make its longest route around the sun. This is due to the fact that its elliptical orbit goes in a roundabout very close to the sun on one end, while 80% of orbit is far away from the sun. This is why the earthquake that are happening in Japan, Chile and other places, could be due to the fact that magnetic pull from Nibiru is increasing as it nears our plain.

Planet X When Will the Earth Changes Begin 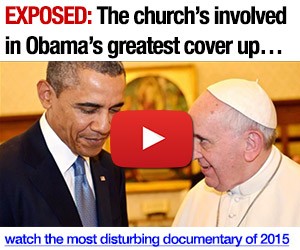 We, as a common man, could be in the dark by the big government and NASA, while Mars might be going through some devastating effect on its surface, or planet Mercury and Venus are having major, major earthquakes. One of the daily newspapers and Washington Post back in Dec 30th 1983 also picked up the report about a ‘Mystery Heavenly Body Being Discovery’, as their headline, after which they soon released another article saying it was a mistake. Of course it was a mistake; because ‘They’ do not want you do know it exists.(source)