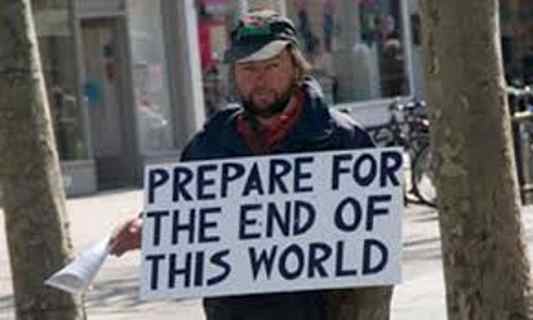 Roughly three months, or 500 days from when The French Foreign Minister Laurent Fabius and John Kerry made a vague announcement, it will be September 23, 2015. The occult beliefs of the illuminati stress the importance of the dates following the Autumn Equinox. The occultists believe that a veil separating the Earthly realm from the demonic realm reaches its most allowable for the transfer of demons until midnight on Halloween. The events leading up to, on and nearly following the date of September 23, 2015 are numerous and many of them are as yet unconfirmed claims. Note to mainstream media, uncomfirmed claims here, we are simply taking a look at what is being said.

An asteroid is said to be approaching Earth that will hit the coast of Venezuala and Brazil and create an extinction level event. The update and ramping up of the Cern large Hadron Collider and the possible Universe destroying opening of other dimensions within our own dimension or access to a gate that has been closed. The culmination of Jade Helm, a large scale psyop operation targeting pockets of the United States with the largest density populations of patriot data to be utilized by military intelligence and Canada’s Maple Resolve Operations a large scale readiness exercise movement of military vehicles. Meanwhile, the closing of large retail chains beginning in August and resolving around early September due to the success of online retail and dwindling median income. With claims of eyewitnesses in Canada reporting Target stores being converted into underground military bases.

In 1979 in Dulce New Mexico, Phil Schneider was drilling into the desert there to build an auxiliary base in the southern end of Dulce on top of an already existing underground base there. The already existing base had been built by the US government in the 1940’s under ’operation blue note’ but afterwards had been taken over by greys and reptilians.
Phil was the first person to go. He was lowered down into the cave and when he got down there, standing around ten feet away were two seven-foot greys. He became petrified but managed to empty one clip from his pistol into the greys. As he was reloading one of the greys hit Phil with some kind of particle beam weapon which gave him a very high dose of nuclear radiation poisoning, similar to cobalt radiation but even worse.
Phil Schneider was a geologist, structural engineer, and underground tunneling expert who participated in the construction of many deep underground cities and bases in North America and abroad for the government.
In May of 1995, suffering from terminal cancer, he began giving talks in Las Vegas describing in detail the underground cities, the government’s secret deal with negative aliens, high alien technology being employed by the government-including “corbamite” (element 140), mining on the moon, FEMA and martial law, the coming New World Order takeover, the Alien/NWO genocide agenda to reduce the earth’s population by 85% before 2029, and a host of other stunning revelations.

RELATED : “ALERT” Shocking – September 2015 best videos-Maybe the Biggest month in world history
The Day of Atonement lands squarely on September 23rd and heralds in the 70th Jubilee year which the Angel Gabriel delivered to the prophet Daniel signaling the second coming of Christ in 2016. And the ominous historical meeting scheduled between President Obama and the openly blatant cheerleader of The New World Order Pope Francis.

The level of predictive programming leading up to this foreboding date with destiny has been ongoing. Something is definitely rotten in Denmark. Those with open eyes keep a watch as the elite gradually disappear to their cities underground, economic cycles come to pass, and military movements increase on domestic soil. Again we are simply evaluating the signs here mainstream media, we wouldn’t want you to be envious of our ability to analyze what you are paid to cover up.